In March, sales of the Nissan LEAF soared to a record high of 2,236 units.  It's believed that Nissan's $6,400 price cut on the LEAF, coupled with the fact that its now US-built, led to that high-water mark.  The story in April was similar, with sales of the LEAF checking in at 1,936 units. 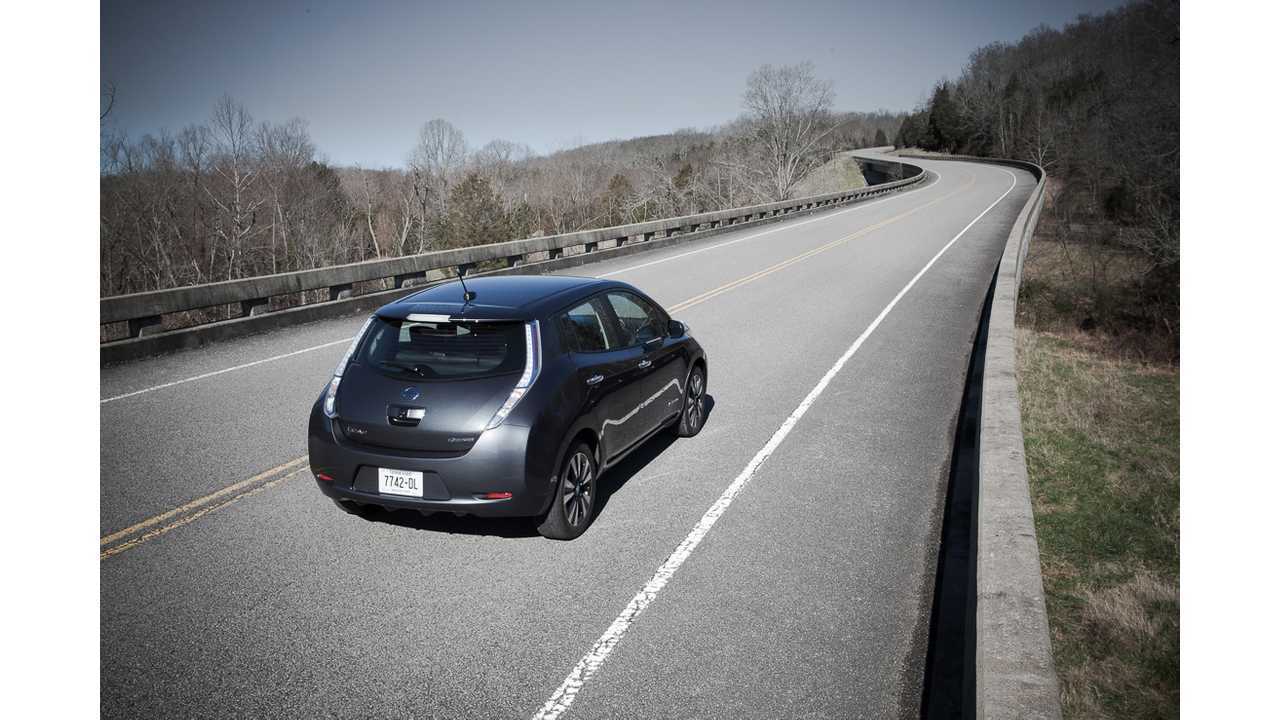 The Road to Success is Not So Long Anymore

So, the LEAF is relatively hot at the nationwide level, but there are pockets of areas in the US that are demanding even more LEAFs, despite the significant increase in sales.

Take, for example, San Francisco.   Dealers there report that the LEAF trails only the Nissan Altima as the automakers top-selling vehicle in the city.

Then there's Portland, where the LEAF was Nissan's number one selling vehicle in March.

And there's Seattle, too.  In Seattle, Nissan dealers have been selling LEAFs at such a high rate that several have reportedly asked for additional supply and have contacted Nissan to inquire about  running a LEAF-led sales event.

Nissan, however, turned down that request as it says its factory in Smyrna, TN is not yet cranking out enough LEAFs to support such an event, according to Erik Gottfried, newly appointed LEAF sales and marketing director.

What sort of volumes are we talking about here?  Well, according to some dealerships, LEAF sales exceed 100 units per month, or roughly 4 to 5 LEAFs sold per selling day.

That's a significant number in our opinion.  Next, we like to see Nissan focus on moving LEAFs in areas of the country not located on the West Coast.