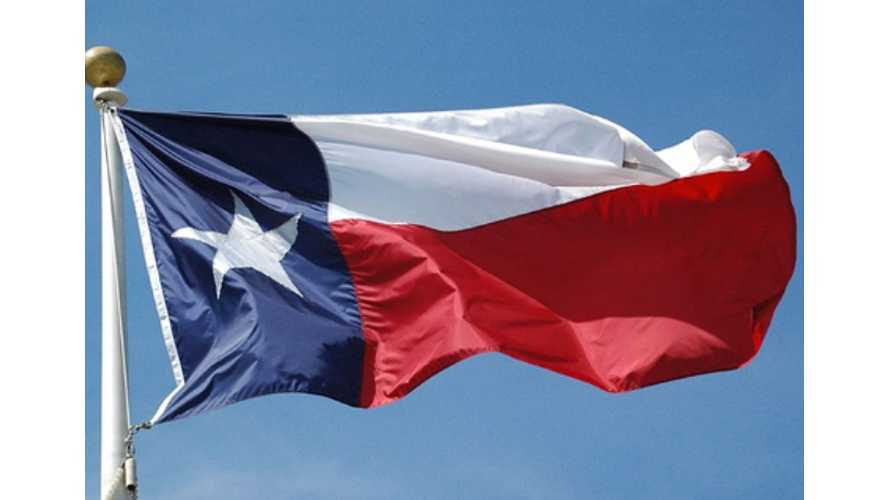 Legislation to levy a fee or tax on greener vehicles is now pending or in action in Massachusetts, New Jersey, Washington, Michigan, Virginia and Arizona (we likely missed a few).  Let's add Texas to that list now, too.

Similar to the other states that are considering taxing owners of plug-in vehicles, Texas says its gas tax has failed to keep pace with inflation and that there's a considerable shortage in road maintenance funds.

Tesla Owners Line Up Their Model S Sedans At The Texas Capitol In Support Of Hearing For HB 3351. They May Soon be Taxed for Owning and Driving Electric Vehicles

So, why not tax the few thousand plug-in vehicles in Texas?

Well, it won't make up for the shortage, but it's less controversial than raising the gas tax, right?  Texas gasoline taxes have been unchanged in 20 years, at 38.4 cents per gallon.

That's the line of thinking all of these states seem to be following.

In Texas, the plan is to impose an annual fee on plug-in vehicles.  The proposed bill in Texas, which is under discussion right now, will charge plug-in owners somewhere between $50 and $100 annually, similar to what other states have proposed.

Fortunately, the proposed bill in Texas is in the early stages and is only "one of the options on the table," according to state Representative Drew Darby (R-San Angelo).

Darby says "electric vehicles that tear up our roads" should "pay their fair share."

But like we stated above, Texas' few thousand plug-in vehicle owners paying their "fair share" won't make up for the road maintenance shortage of hundreds of millions, so it's more or less an action with no noticeable result.  That is, unless you're an electric vehicle owner.