Nissan LEAF Gears Up for Firefighter Duty in UK 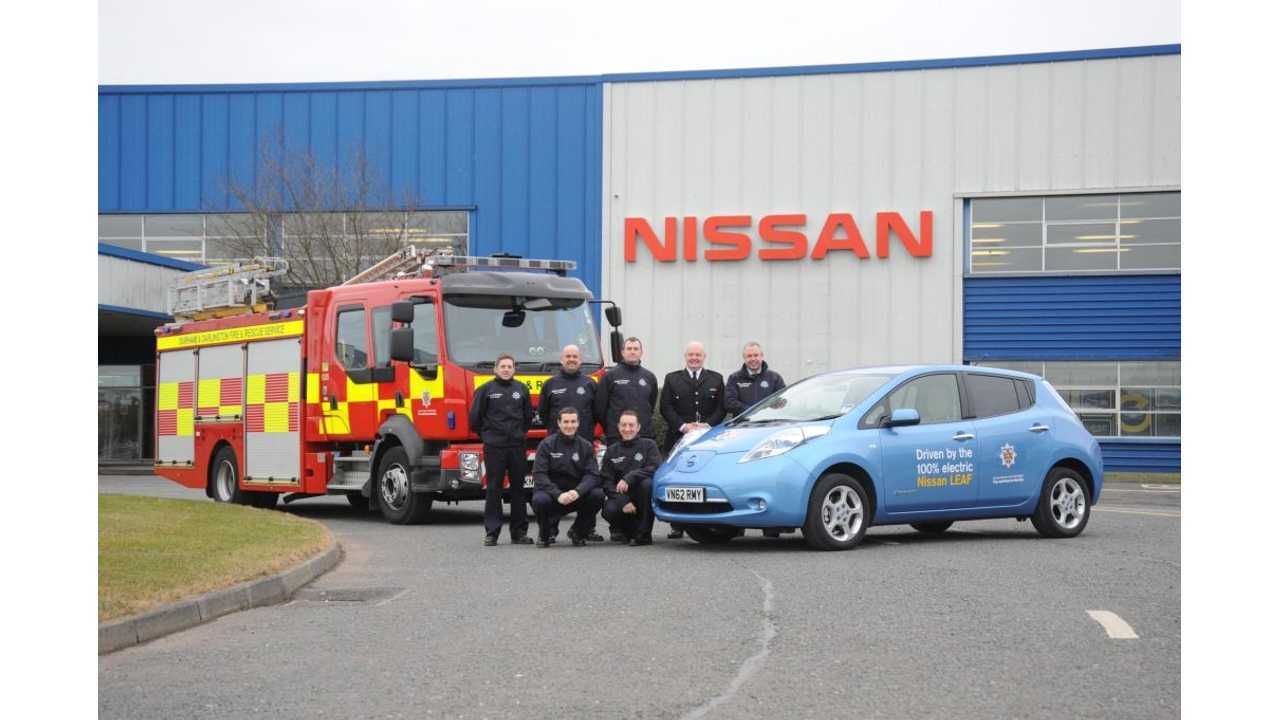 The days when electric vehicles were uncommon are now behind us.

Over in the UK, County Durham and Darlington Fire and Rescue Service (CDDFRS) have taken delivery of a single Nissan LEAF.

CDDFRS will use LEAF to transport staff between its headquarters and local fire station branches.

Initial feedback from CDDFRS has been positive, says Nissan.  Staff already told the automaker that the LEAF's range allows them to cover the area on a single charge.

This LEAF is but one of several plug-in vehicles the CDDFRS hopes to own in the future.  Its soon-to-be established headquarters in Belmont will feature 3 charging points, so it would seem rather silly to own just a single plug-in vehicle.

The myth that electric vehicle catch fire should now be put to rest as it's utterly ridiculous to think that a fire department would assume ownership of a vehicle prone to ignite.