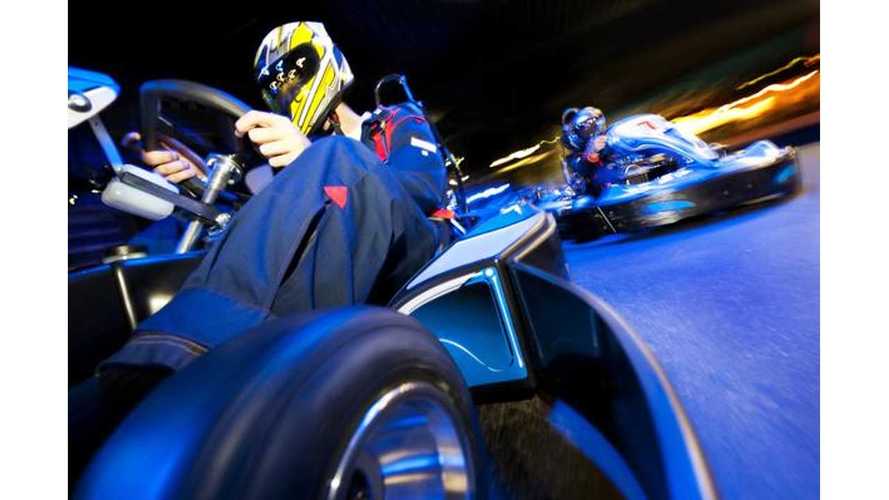 Imagine strapping on three-point harnesses and sliding a helmet over your noggin before lapping a 1/4-mile track at near-breakneck speeds.  Then, imagine that it's indoor, under the lights and behind the wheel of an electric racer.

Okay, so maybe these aren't the fastest vehicles out there, but at 50 mph while sitting practically on the concrete, there are few thrill rides that compare.

These aren't your typical go-karts.  Obviously, they are capable of speeds few go-karts on indoor track could ever match.  But, most importantly, these 6-foot long machines are pure electric.

Who's behind this electric racing action?  A company by the name of Fastrax who says it'll open its first indoor electric racing circuit (called Fastrax Raceway Indoor Karting Center) in June at Crossgates Commons in Albany, NY.

This ain't a one and done.

Why electric?  Well, for anyone who's ever karted indoors, the stench of unburnt fuel is intoxicating and not in a good sort of way.  If it's inside, then it aught to be electric.  At least that's what we say.