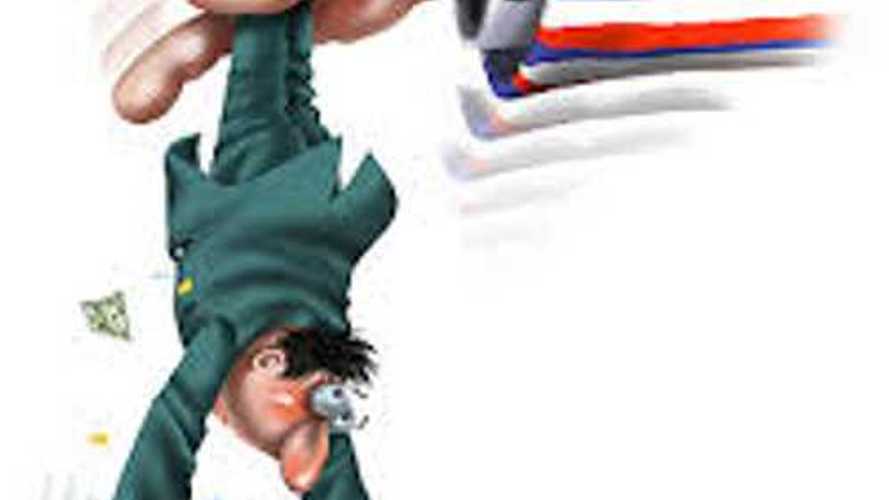 Is a per-mile road use fee/tax the fairest method for collecting lost gas taxes from owners of electric vehicles?

Tesla Roadster Spinning in Circles Would be Taxed Per Circle

Democratic Senator James Whelan of New Jersey seems to think so and has proposed a bill (S-2531) calling for exactly that.

The Senator proposes to tax electric vehicles by the mile to pay for lost gas tax revenue, which is essential for road maintenance, but it's not without controversy.

The proposal, as written, would actually tax electric vehicle owners more than the state's current gas tax of 14.5 cents a gallon.

"Currently in New Jersey, alternate-fueled and electric vehicles don't pay a gas tax.  For 98% of the drivers with gas-powered cars, they pay a 14.5 cent-per-gallon tax to support the upkeep of roads. The guy driving an electric car doesn't pay anything."

In the bill,  electric vehicle owners (plug-in hybrids, too) would be charged a fee of 0.839 cents per mile.  That's a fee that Steve Carrallas, state director of the National Motorists Association New Jersey chapter, says is too high:

Yes, there's a discrepancy between what Carrallas believes the state's gas tax to be versus what Whelan says it is and we're not sure why.  But even at the 14.5 cents, electric vehicle owners would still pay more per year under this scenario.

Michael Thwaite, a New Jersey resident and owner of a Tesla Roadster, says he sees no problem with the proposed bill:

"We've discussed it, and the consensus is fair. At the end of the day, we're all car drivers and we still chew up the roads and have a debt to society."

Thwaite doesn't even mind if he's taxed more than drivers of gas -fueled vehicles because electric vehicles are beneficial in so many ways that paying a few dollars more in taxes to own one isn't really a negative when all the other positives are factored in.

The biggest issue with Whelan's bill and, similar per-mile taxes under consideration in other states, is in collection.  Whelan says electric vehicle owners will have to track and report their annual mileage to the New Jersey Motor Vehicle Commission.  There will likely be some audits to insure accuracy in reporting and fines for late submissions or under reporting mileage.  This will be difficult and costly for the state, so it's unlikely New Jersey will profit from such a setup until tens of thousands of electric vehicles are on its roads.