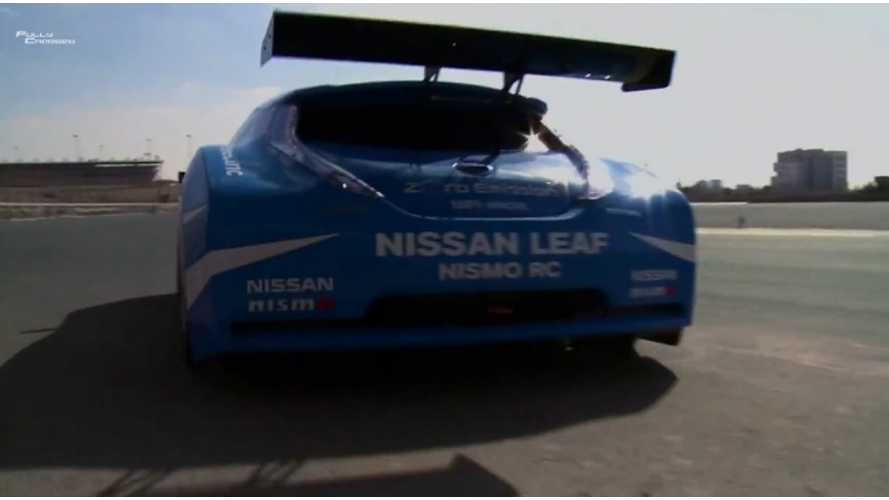 The host of Fully Charged, which is a web-based video magazine, Robert Llewellyn recently took a drive in a Nissan LEAF Nismo RC.  And because we basically love every Robert puts out, we thought we would pass the clip along.

It is not everyday you get to hear what an EV with no sound deadening...sounds like.

Some basics on Nissan's racing LEAF:

Obviously, racing conditions are not the best scenario for electric cars, as high speeds and the need for frequent acceleration draws a lot of juice from fairly limited batteries.  Still, in the Nissan LEAF Nismo RC's first competitive outing at the Sportsland Sugo Circuit in Japan last year, it placed second, while completing a 31 mile course.

Video of the Nismo LEAFs first "race" below: