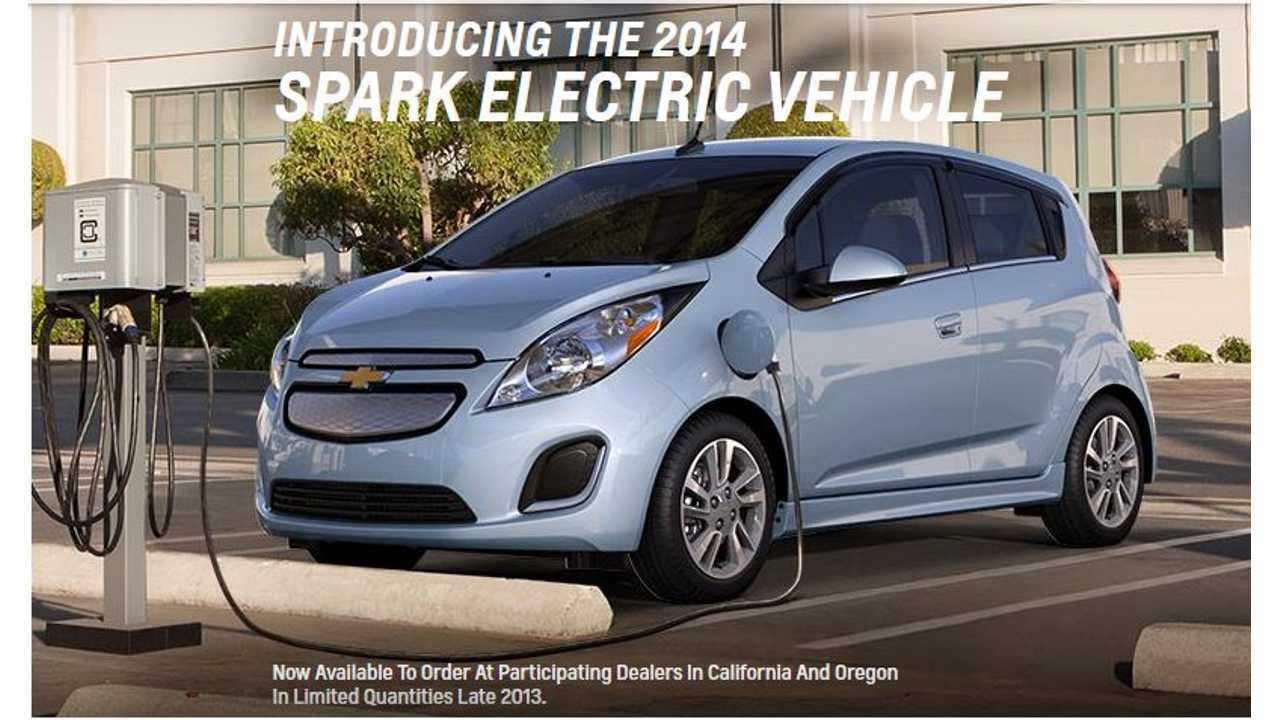 Here we'll provide details, mostly directly from General Motors and its various websites, to "set the record straight" as is often stated in industry speak.

Below we'll provide the most accurate, up-to-date info on the 2014 Chevy Spark EV.  We've purposely bolded particular sections that either seem to somehow get lost in translation or mixed up due to GM's conflicting information that it releases to the media and the public.

We've left out some of the obvious and non-disputed details on the 2014 Spark EV, but we think most of the confusing or "lost in translation" topics have been covered here.  If you notice an omission that should be included, then by all means drop us a suggestion in Comments below.

We wish GM would line up its press releases with the info found on its official 2014 Spark EV website, because the discrepancies certainly add to the confusion.  But until that happens, this here is what we hope to be the definitive Spark EV information-overload source.