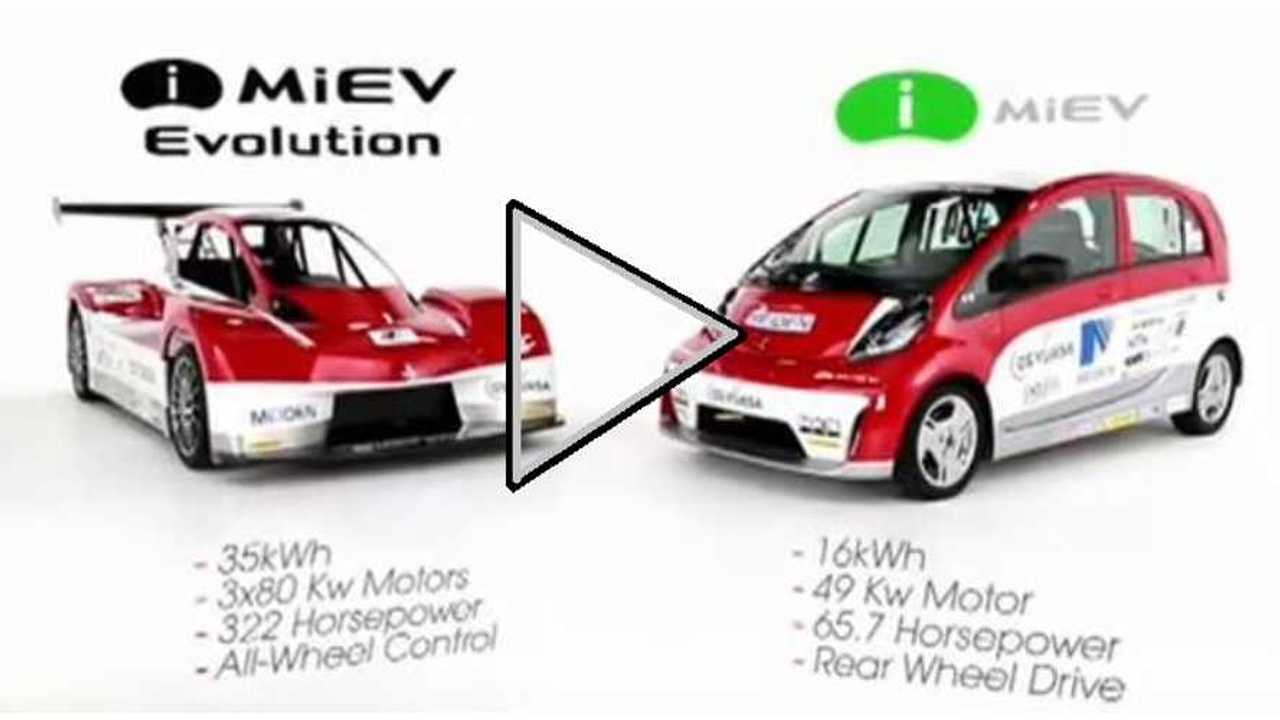 In its 2012 Pikes Peak International Hill Climb debut, the Mitsubishi i-MiEV Evolution electric racer tackled the difficult 12.42-mile, 156-corner mountainside course with relative ease.  It finished in 2nd place in the "Electric Vehicle" division with a time of 10 minutes 30.850 seconds.  That time was low enough to place the Evolution racer in 8th overall out of the 170 vehicles entered (only 132 vehicles crossed the finish line).

Amazingly, the  i-MiEV Evolution actually makes use of numerous components sourced directly from the less-than-spectacular 2012 Mitsubishi i-MiEV, including the electric motors, lithium-ion batteries and microcontroller.

It's rare to catch a glimpse of the i-MiEV Evolution, since it's typically only wheeled out for Pikes Peak, but Mitsubishi had it on stage at the 2013 New York Auto Show and now's there a brief video of that on-stage debut, as well as some footage of the Pikes Peak racer in action.