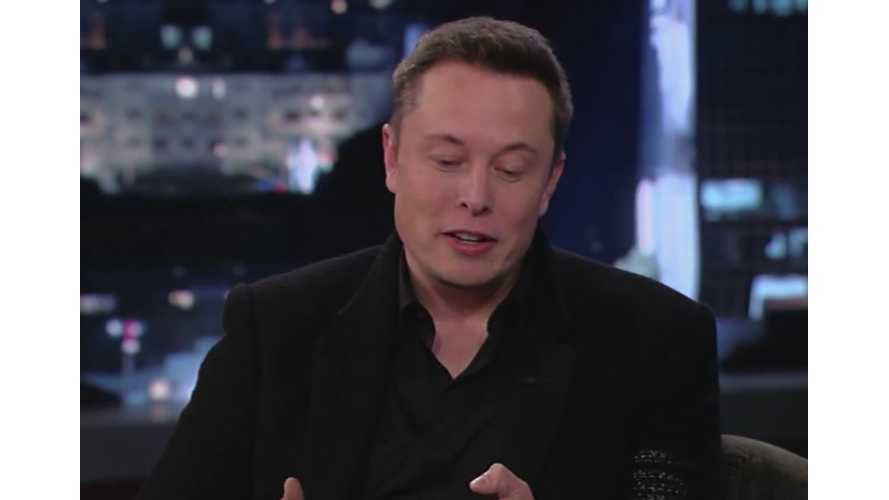 We'll be restless tonight as we eagerly await this "New Strategy" from Tesla Motors, which will most likely be announced later in the day tomorrow.

We do know that "Tesla owners will like this," so says Tesla CEO Elon Musk.

Obviously, there are loads of strategies that Tesla owners would like to see (Tesla tweaking the Model S software to unleash the real beast inside), but we can only speculate as to what Musk is Tweeting of here.

Is it a Supercharger network expansion?  Tesla Model S owners outside of Supercharger-heavy California would surely like to see that.

If not that, then what's coming tomorrow from Tesla?

UPDATE:  Perhaps the corporate wing of Tesla is playing spoiler to Musk's tweet, by posting this announcement today:

Tesla Motors, Inc.will hold a conference call on April 26, 2013 at 10:30 AM Pacific Time (1:30 PM Eastern Time) for members of the media, to make an announcement about Tesla Service. Following remarks from Elon Musk, Tesla Motors co-founder and CEO, media is invited to participate in a question and answer session.