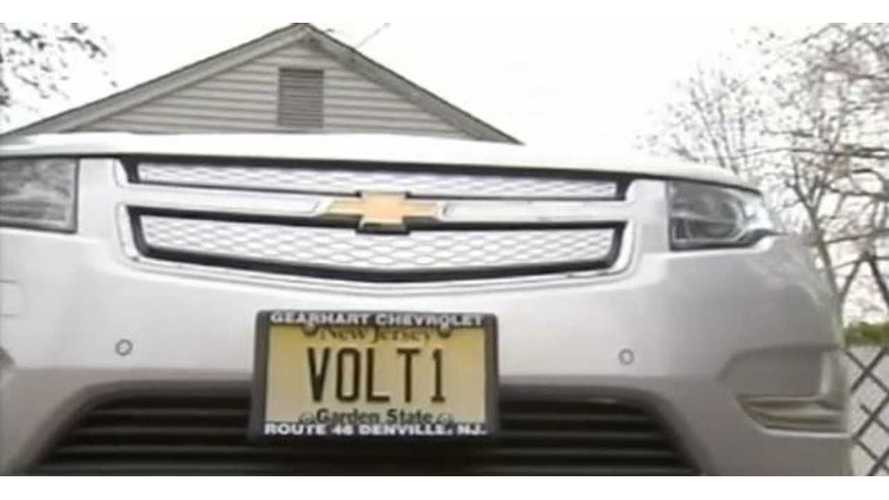 Since then, Kaffee has racked up a decent amount of miles.  But it's not the mileage on his Volt's odometer that's the story here.  Rather, it's that Kaffee's Volt is averaging over 450 miles per gallon of gas consumed.

Kaffe's able to achieve this mark because he rarely relies on the Volt's gas engine.  To date, Kaffee says he's only had to fill the Volt's gas tank 3 times, with a combined total of 30.2 gallons of gas.

Kaffee's odometer reads approximately 13,700, so he's traveled that distance burning through only 30.2 gallons of gas, he says.  That works out to 453.6 miles per gallon of gas consumed.  We know this isn't a metric used by the EPA when calculating it's rating of vehicles, but it's still interesting to see how little gas some Volt owners use.

Kaffe still loves his Volt, saying "The wave of the future is here."  Kaffee will likely be looking for a second Volt soon, but that one will be for his wife to drive.

Kaffee has always been sort of an early adopter.  He bought a Toyota Prius back in 2005 when he says few others were on the roads.

And of course he was the first in the nation to own a Chevy Volt, but now Kaffee says "...the car is ubiquitous, you see them everywhere."

For more on Kaffee's story, check out the video below.