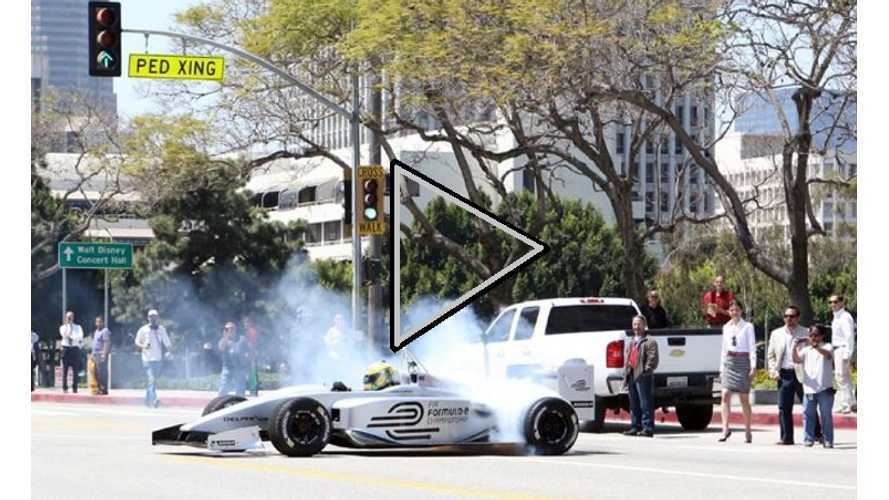 On Earth Day 2013 and, in the lead up to the city of Los Angeles playing host to one of the inaugural season races in 2014, former Formula One driver Lucas di Grassi strapped into a Formula E racer and hit the streets of downtown LA.

Though is was mostly show and not a lot of go, the Formula E racer easily burns rubber, does doughnuts and zips down the road (not coincidentally on one of the same roads that the 2014 race will take place on).

There's some eerily loud electric motor noise and some ratcheting (maybe it's more a tick..tick or clack...clack) sound that emanates from the Formula E racer, perhaps to make up for the lack of an exhaust burble.

If this Formula E racer prototype provides us with a true indication of how these vehicles will sound on the streets of downtown, then electric vehicles and silent aren't two words that necessarily always belong in the same sentence.

Two remaining cities should be added to this list soon.