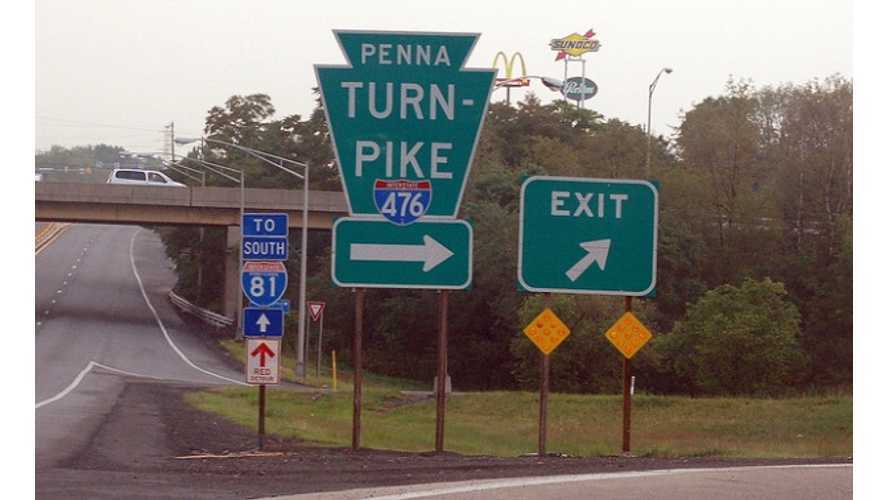 Eventually, All 17 Service Plazas (Marked With Red Circles) Will Have Charging Stations

The first stations, to be installed sometime this summer, will be at the King of Prussia plaza in Montgomery County, Bowmansville plaza in Lancaster County, New Stanton plaza in Westmoreland County and Oakmont Plum plaza in Allegheny County.  The locations of these plazas will be familiar to anyone who travels along the Turnpike on a regular basis.  But for Turnpike newbies, here are the exact locations:

It's unknown at this time if there will be a fee for charging as no pricing guidelines have been announced.  We do know that the Turnpike Commission is paying $500,000, Pennsylvania's state Department of Environmental Protection is paying $1 million and charging station provider Car Charging Group is covering $1 million to cover all the costs associated with the Turnpike's charging station installs.

We believe some quick-charge stations, as well as Level II units will be part of the package.

Pennsylvania's highly trafficked Turnpike is in need of charging stations, as are most parts of the US not on the West Coast.