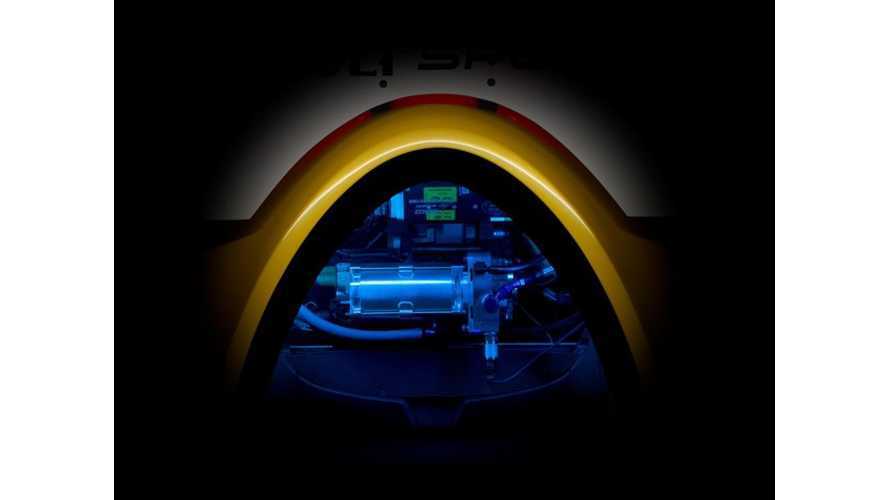 We're so perplexed by Renault's latest teaser image of a Formula 1-inspired electric concept vehicle that we're not sure what to say.  In fact, we're so at a lost for words that we'll let Renault do most of the story telling here.  Truth be told, it's a short story and there's no additional details to add at this time, but luckily we'll find out more this Thursday when Renault reveals whatever the heck this prototype is to the entire world.

Not the Electric Concept Vehicle Described Here...But This Image of the 2012 Renault R30 Formula One Racer Was Too Striking to Pass Up

Okay, now it's time for Renault to take over:

When the worlds of Formula 1 and electric vehicles meet...

On Thursday, April 25, Renault will present its latest concept car at its Valladolid plant in Spain.

This prototype vehicle, which features muscular styling and impressive performance credentials, provides a bridge between the world of Formula 1 and that of electric vehicles.

It's a concept car that will make a lot of noise... but in total silence.

More information will be available at 13:30 CET on Thursday, April 25.

So, what are we looking at here?  Any guesses?  Could it be a Formula E racer?