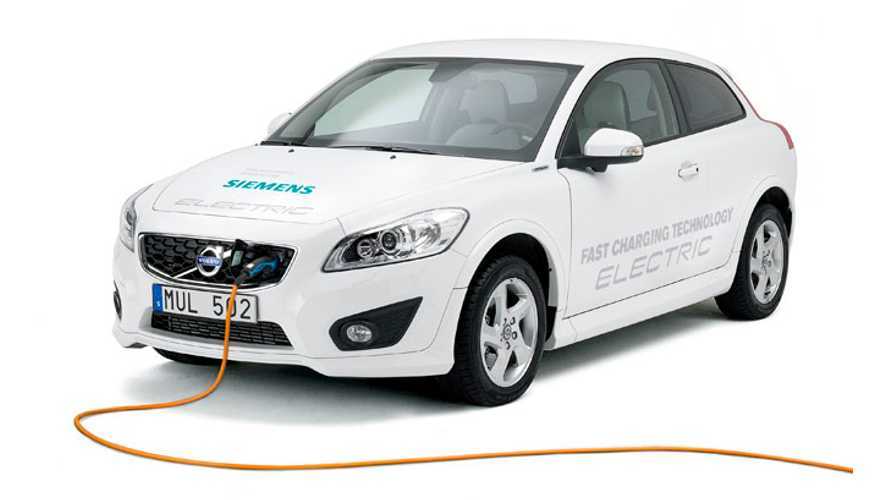 There's been next to no news updates on the Volvo C30 Electric.  In fact, info from Volvo has been so limited recently that we partially expected Volvo had killed off the electric C30, but that's obviously not the case.

Volvo just announced its C30 Electric will get some serious upgrades in "second-generation" form.

But it's been ages since the C30 Electric made headlines, so let's first fill in some background information.

Back in June 2011, Swedish automaker Volvo commenced production of the C30 Electric.  The C30 was later delivered to approximately 250 customers throughout Europe, including Sweden, Belgium, the Netherlands and Norway.  It's a prototype lease-only vehicle that Volvo charges an arm and a leg for.  The lease rate is somewhere around $2,100 per month and there's no option to purchase the vehicle.  So, a three-year rental costs north of $70,000.  Basic specs on the first-gen C30 were as follows:

But now a second-generation C30 is coming, says Volvo.  Again, the C30 Electric will be a demo fleet vehicle provided to 100 customers in Europe who are willing to lease it at a rate that's not yet be announced.  We assume it will still be prohibitively expensive, but at least there are some substantial upgrades to go along with its high price tag.

The second-gen C30 will launch this summer with a upgraded electric motor and an impressive 22-kW on-board charger.

With the 22-kW Charger, the Volvo C30 Electric Charges in 1.5 Hours

Using the proper three-phase outlet, the second generation Volvo C30 Electric can be fully charged from empty in 1.5 hours.  The C30 features a 24-kWh lithium-ion battery pack, of which 22.7 kWh can be used to power the vehicle, says Volvo. A standard charge using 220 volts still takes 8 to 10 hours.

As we mentioned, the Volvo C30 Electric is too costly and far too limited to make a dent in the electric vehicle segment, but it seems a capable plug-in automobile that we'd say Volvo should give a true production green light to.  As it stands, this pricey, limited electric is reserved for a few hundred elites, but that shouldn't be the case, especially not when it's obvious Volvo did its homework and made a remarkable electric.