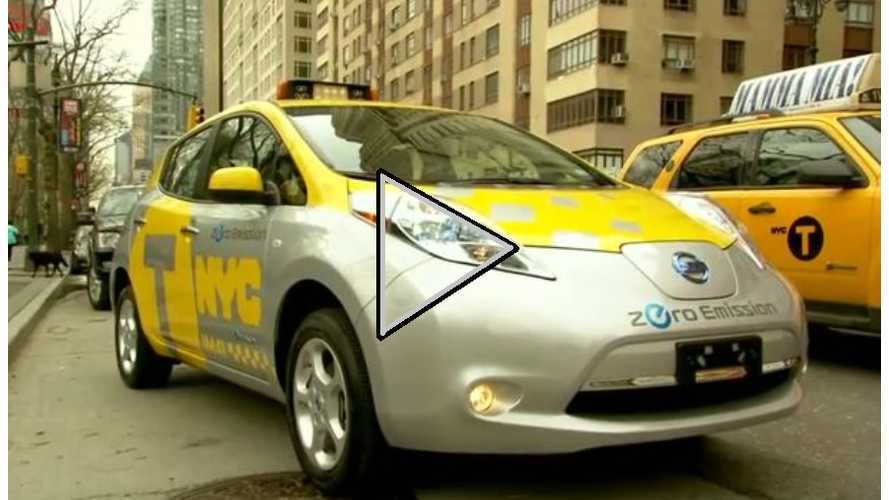 New York City's "Taxi of Tomorrow," the conventionally fueled NV200 minivan, is coming to the Big Apple this fall, but ahead of that is the introduction of 6 Nissan LEAFs, which we'll call the "Taxis of the Far-Off Future."

The NV200 will be the only vehicle that NYC cab companies can purchase going forward and Nissan promises a hybrid and electric version is coming, but first cab operators in NYC will be stuck with the non plug-in NV200 or, for six lucky drivers selected by the automaker, a yellow and gray LEAF.

These 6 LEAFs will tool around NYC for 12 months as part of a pilot project designed to see how well electric vehicles can be incorporated into a taxi fleet.  The LEAF taxi drivers will have access to some quick-charge stations scattered throughout NYC, as well as to Level 2 chargers located in the service garages of various cab companies.

Taxis in NYC average 70 to 100 miles daily—a figure that's most likely beyond the range capabilities of the LEAF—but a single quick-charge during the day, plus a full overnight charge, will be enough to keep the LEAFs on the roads for a full shift.

Downtime during a standard 8- to 10-hour should be negligible, so long as the LEAF taxi drivers seek out quick chargers while grabbing a bite to eat.

And as this video from Nissan shows, at least one LEAF taxi driver is thrilled to have a vehicle that'll smoke a Crown Vic of the line.