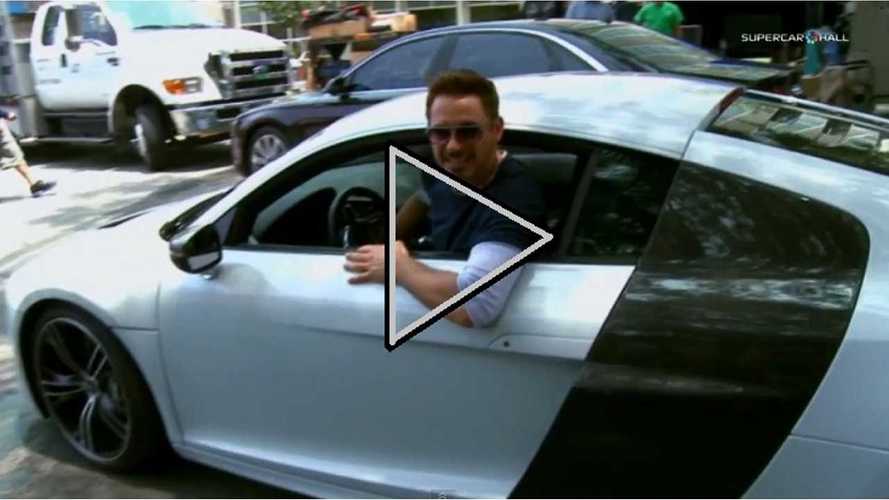 The Audi R8 e-tron has had a very turbulent "will it be produced/won't it be produced" history since the car first debuted in 2009 in Frankfurt Germany.  Currently, reports indicated that the German automaker is going to bring the car to production "in limited numbers."

But before that happens, Audi is making sure it gets some public face time.  In a very big way.

Not only is the electric Audi super-car in Iron Man 3, it has recently received the full promotional treatment from the film's producers, as well has some very high profile standing at the film's recent, very exclusive, London VIP screening in Leicester Square (video below).

From the press notes:

Audi has joined forces with Disney and Marvel Studios, a subsidiary of Marvel Entertainment, LLC for the release of Marvel's Iron Man 3 due in theaters on May 3, 2013. The brand will once again be highlighted throughout the entire film. The Audi R8, R8 Spyder, A8, S5, and Q7 were all featured in the first and second installments.

"Audi is excited to once again showcase the brand's cutting edge technology and sleek design with the Audi R8 e-tron in Marvel's Iron Man 3," said Loren Angelo, General Manager of Brand Marketing for Audi of America. "This is a strategic collaboration for us. Similar to the position of the R8 as an innovation leader, Iron Man's character consistently evolves throughout the trilogy as he masterminds new trends in technology and engineering."

Some background on the Audi R8 e-tron: