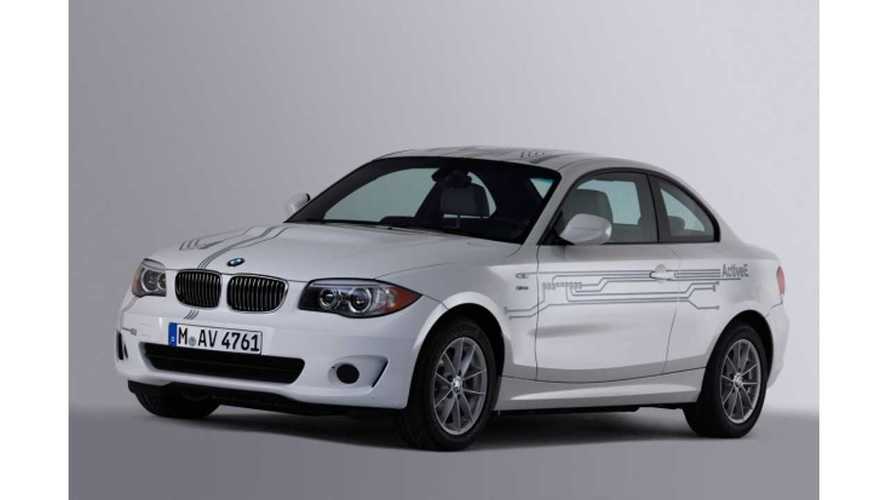 By the end of 2013, select drivers in two Chinese cities will get a chance to trial the BMW ActiveE.

Similar to the ongoing trials in the UK and US, BMW will lease out (for 12 months) an undisclosed number of ActiveE electric vehicles in Beijing and Shenzhen.  BMW says it selected these two cities because it wanted to see how the ActiveE copes in different climates.  Shenzhen, a southern Chinese city, is mild (60 to 90 degrees Fahrenheit year round) most of the year.  Beijing, a northern city in China, has wild fluctuations in temperature (18 to 90 degrees Fahrenheit is to be expected throughout the year).

The BMW ActiveE features a 32-kWh lithium ion battery pack and boasts a range of roughly 100 miles, which should be enough to satisfy the expectations of Chinese drivers selected to participate in the trial.

According to BMW, results from the Mini E field trial in China show that a range of 87 to 106 miles is what driver's of the electric Mini deemed to be acceptable.  The biggest drawback, according to drivers of the Mini E in China, was its lack of a backseat.  The ActiveE solves that issue with seating in the rear and adds to that with decent performance and a more refined driving experience.

The Mini E was trialed in the US, Germany, UK, China, Japan and France.  In China, results showed that a range of 137 miles would be preferred for potential electric vehicle buyers.  Those buyers add that after driving the Mini E, 90 percent would consider buying a production electric vehicle in the future.

Both the Mini E and ActiveE field trials are part of a lead up to production electric vehicles coming from BMW.  Those vehicles include the i3 and i8.

For more on the ongoing ActiveE trial in the US, check out BMW's recently launched "Electronaut Effect" by clicking here.