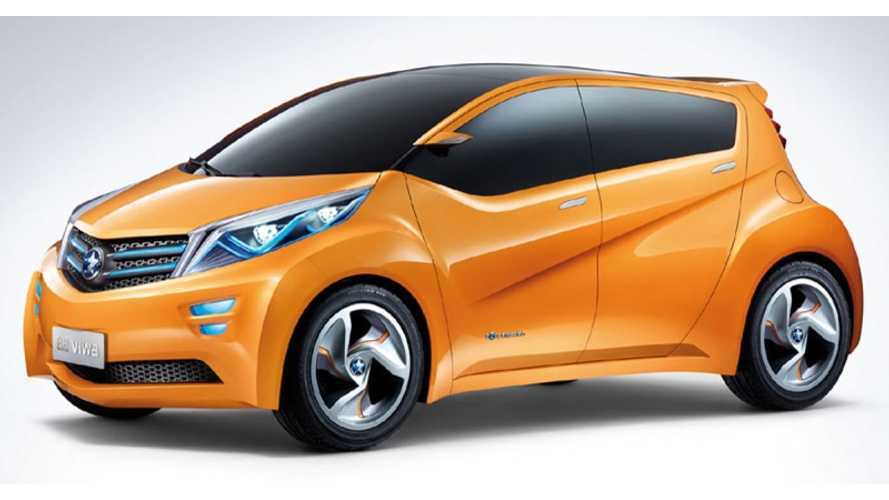 Since starting out as a relatively obscure Chinese offshoot of Nissan Motors, Dongfeng Motors seems to be making the news quite often outside of the People's Republic.

First it was the green-lighting of a 1,000 LEAF-a-like electric vehicles (named the e 30) to built in China, then it was the company's interest in Fisker Automotive; which upon their exit from the deal, prompted Fisker's downward spiral of later.

Even more recently, Dongfeng Nissan said they could build as many as 10,000 EVs in China by 2014, with production to reach 50,000 units shortly thereafter.

Now the Dongfeng-Nissan alliance has debuted the all new Viwa Concept electric car at the Shangai Auto Show. This new passenger vehicle would fall under the same Venucia brand as the aforementioned 1,000 E30 LEAF-clones.

Dongfeng says the "VIWA embodies the vision of future electric mobility for the VENUCIA brand," as well as going on to list some bullet points on the car:

Unfortunately, while we think this car has a very strong chance of making it into production very close to the concept shown above, Dongfeng-Nissan has chosen only to release automotive platitudes over any actual specs of value on the car (such as range, power, features, etc).

As for the earlier E30 program, the company says everything is still on-track, and the 5 seat passenger EV will be rolled out starting later this year:

"VENUCIA unveiled its first-ever mass-produced EV, the e30, at the China (Guangzhou) International Automobile Exhibition last November. To reaffirm our contribution to realizing a sustainable society, we will kick-off the e30 EV pilot program in Guangzhou and Dalian this year."