China's JAC to Export 2,000 Electric Vehicles to US to Sell Under GreenTech Automotive 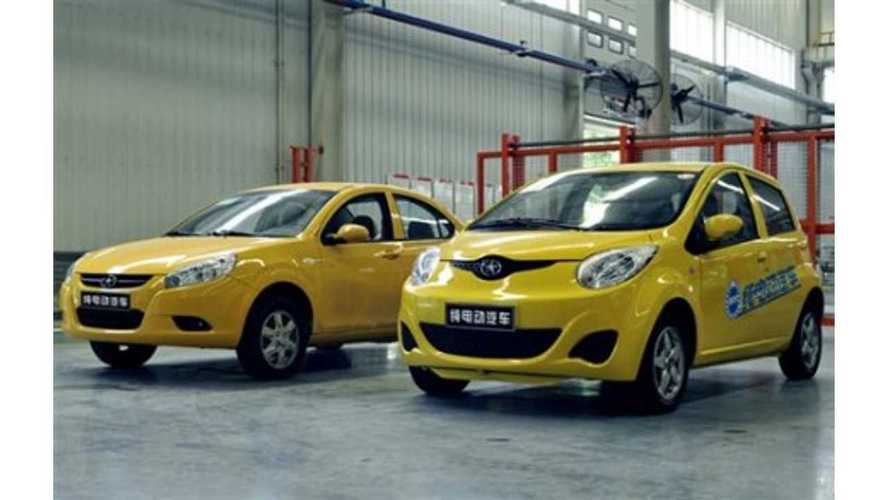 For all intents and purposes, startup GreenTech Automotive doesn't really exist.  It sells no vehicles.  Its production facility in Mississippi is non-operational.  Its electric MyCar is so stealthy that we've never laid eyes upon one on public roads and its creator/founder/chairman, Terry McAuliffe, no longer works for GreenTech.

The automotive firms projected figures of selling 10,000 units in 2012 were, let's say, off by a bit, but maybe this deal will breathe some life into the nearly non-existent company that GreenTech Automotive is today.

One of China's top 10 automakers, JAC Motors, will soon sign a deal with GreenTech.  Terms of the deal call for JAC to export at least 2,000 of its pure electric vehicles to GreenTech for sale in the US.  It's unknown which vehicle from JAC will be headed here, but the Tongyue and YueYue (pictured above) seem the most likely candidates.

JAC says its electric vehicles (we're assuming the automaker is referring to the YueYue), which make use of a 19-kWh battery pack, have a driving range of up to 81 miles.

Details on this deal are incredibly limited.  There's no word on how GreenTech Automotive will certify or sell these JAC electric vehicles in the US and, of course, pricing information is not available.

In all honesty, since there's no mention of which electric vehicle from JAC will be headed here, we could be entirely wrong in assuming its the YueYue or TongYue.  Perhaps it'll be some commercial vehicles, because JAC makes a wide variety of those, including buses, construction machinery and heavy-duty work trucks.

Needless to say, this deal perplexes us and only adds to the confusion that is GreenTech, but at least JAC has a several functional production facilities and does actually produce vehicles at a rate of roughly 700,000 units per year.