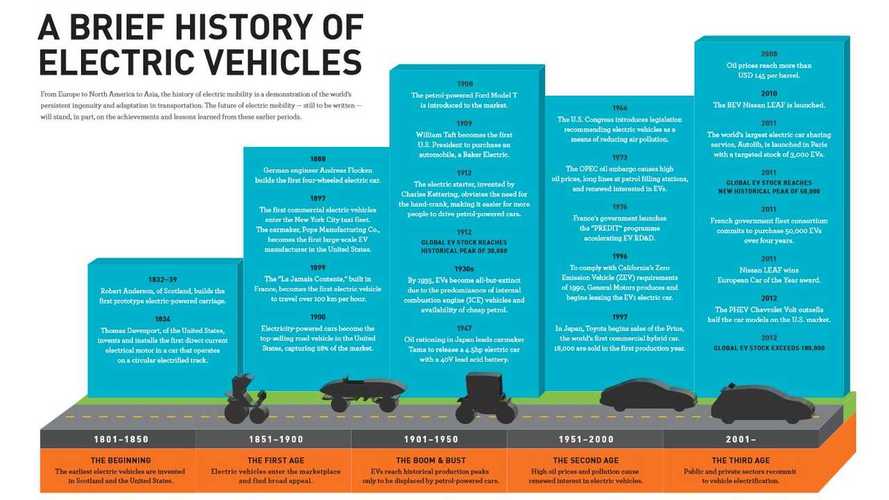 Energy ministers from around the globe met at the 5th Clean Energy Ministerial (CEM) in New Delhi, India from April 16 -18 to discuss clean energy technologies and global investments in programs designed to reduce greenhouse gas emissions.  All told, 23 countries were represented at CEM this year and, for the first time ever, a Global EV Outlook report was a main part of the conference.

Presented by the International Energy Agency, the extensive Global EV Outlook touched on all sorts of aspects of electric vehicles, but what we found most intriguing was the portion of the report that focused specifically on battery technology.

Before focusing on the battery technology aspect of the report, we'll quickly summarize a few other notable highlights:

Now for the battery technology discussion.  For the first time ever, there's a figure on what it costs to reduce battery prices.  According to the Global EV Outlook, governments and organizations around the world spent a combined $8.7 billion since 2008 on research and development aimed specifically at reducing battery costs for plug-in vehicles.  The result of this spending is that battery costs dropped by "more than 50 percent" over the last five years.

One of the biggest hurdles for plug-in vehicles is cost.  The battery, which is easily the most expensive single component in an electric vehicle, amplifies the cost.  If battery costs continue to be cut in half every 5 years, then soon electric vehicles will be just as cheap to manufacture as conventional automobiles.

The only downside here is that the initial spending ($8.7 billion from 2008 through the end of 2012) has to keep coming from somewhere in order for battery costs to continue to drop.  And our thinking is that, over time, spending will decline, which would mean that battery costs won't drop at such a rapid rate, but maybe as word of this report spreads, automakers, governments, battery developers and other organizations will realize that their spending and combined efforts truly pay off.