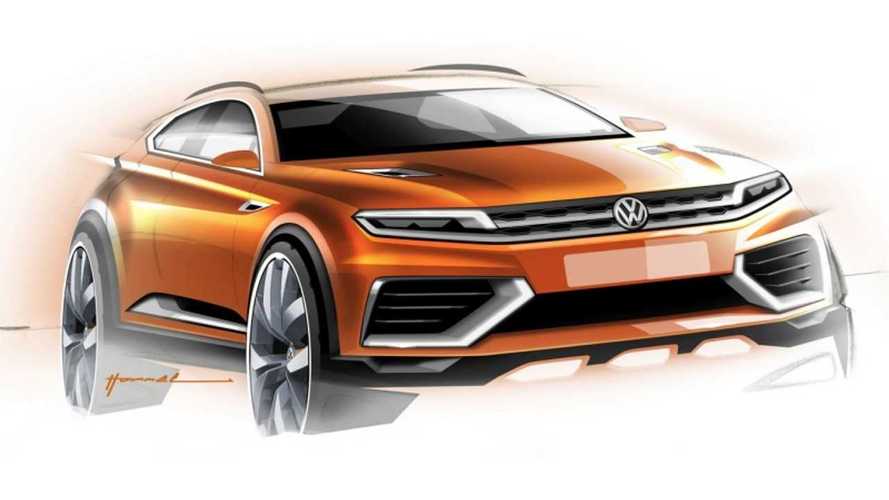 Back in January 2013, Volkswagen wheeled out its seven-seat CrossBlue SUV/Crossover at the Detroit Auto Show.  The diesel plug-in hybrid was later confirmed for production and VW boldly choose to sell it only in the US.  The CrossBlue will likely arrive on these shores in 2015 with a price tag in the $50,000-plus range.

What we see here though is sketches of Volkswagen's Coupe version of the CrossBlue, which will make it worldwide debut at the 2013 Shanghai Motor Show in a couple of days.

The Volkswagen CrossBlue Coupé is described as a sleek five-seat version of the CrossBlue.

While there's no official word from VW as to what powers the CrossBlue Coupe, we're inclined to believe it makes use of the same diesel plug-in hybrid setup found in the CrossBlue.  We do know that both vehicle share the same VW MQB platform, so it seems highly likely that the powertrain will carry over, too.  If true, then here's a loose guess at what to expect:

Remember though that the Coupe version is slightly smaller than the CrossBlue SUV, so expect the Coupe to fare better in all performance and fuel efficiency categories.

VW has not confirmed the CrossBlue Coupe for production, but our guess is that if the automaker decides to green light it, then it too will be US-bound.

Look for us to present more details on the CrossBlue Coupe when it debuts on April 20.