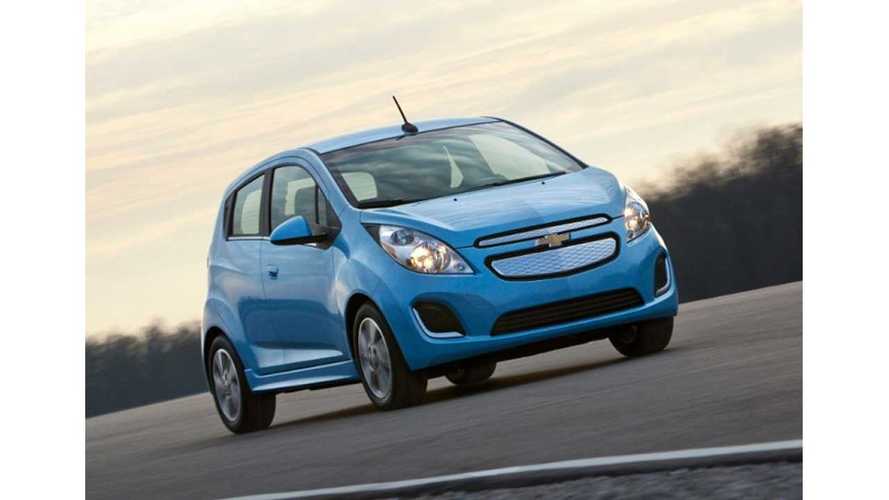 Chevrolet Spark EV Coming To America Ahead Of Schedule

With InsideEVs officially confirming that the 2014 Chevy Spark EV will launch earlier than expected (July instead of "late Summer 2013) in the US, it's no surprise that production of the electric motor that powers the battery-only Spark commenced today at General Motors' Baltimore Operations plant in White Marsh, Maryland.

With production of the electric motor now underway, GM can lay claim to becoming the "first U.S.-based automaker to manufacture these key parts in America" (not even close to true, says Tesla Motors who manufactures its own electric motors in the US and has done so for some time now).

In a celebratory sort of way, Mike Robinson, GM vice-president of Sustainability, remarked:

"The era of using electricity to help improve performance and fuel economy is already here and the trend is only going to grow.  Today is further proof GM is leading in the development of electric vehicles that will improve America’s energy security."

The permanent magnet motor that powers the front wheels on the Spark EV cranks out 130 hp and 400 pound-feet of torque.  GM still only says the electric Spark will accelerate from 0 to 60 mph in "less than 8 seconds."

The last piece of the Spark EV puzzle, its price, remains unknown at this time, but with the Fiat 500E checking in at $32,500, we'd bet the Spark to be priced at least in the same ballpark.