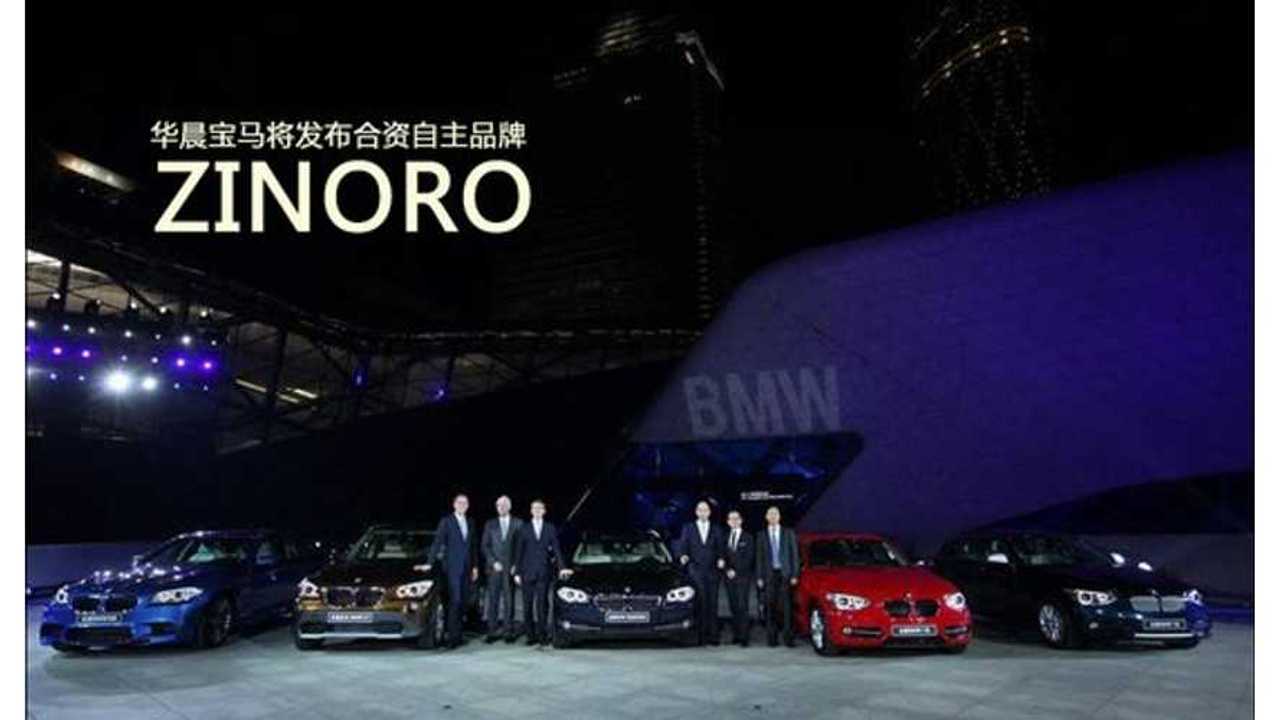 BMW's partnership with China's Brilliance will expand later this year with the launch of a sub-brand focused solely on electric vehicles.

To be called Zinoro, BMW says the first electric vehicle from the sub-brand will make its grand debut at the 2013 Guangzhou Motor Show in November.  That vehicle, which is believed to be an electric version of the BMW X1 crossover, will launch in China in early 2014.

In the future, Zinoro vehicles could be offered outside of China, but don't expect to see them ever available beyond Asia.  All Zinoro vehicles will be built at the BMW-Brilliance factory in Shenyang, China.

Zinoro vehicles won't be offered at BMW dealerships, but rather sold through unique distribution channels.  This setup will allow BMW to to still sell its higher-end i3 and i8 plug-ins in China without the cheaper Zinoro vehicles cutting into sales.  Furthermore,  Zinoro offerings will not be as dynamic as BMWs.  The Zinro lineup will be focused on practicality and affordability.

Zinoro will compete directly with other sub-brands recently establish by major automakers in China.  These include Denza (Mercedes-BYD) and Venucia (Nissan-Dongfeng).