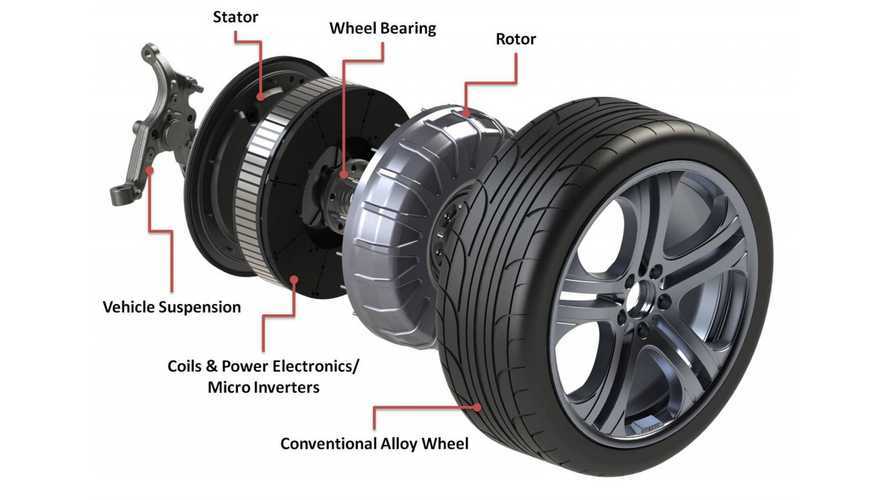 Protean Electric unveiled the production-ready version of its in-wheel electric motor system at the 2013 Society of Automotive Engineers World Congress in Detroit on April 16.

According to Protean, its in-wheel motor will be mass produced starting in 2014 following the successful testing of prototype versions in several vehicles, including the Vauxhall Vivaro cargo van, Guangzhou Trumpchi sedan, a Ford F150 and BRABUS vehicles based on the Mercedes-Benz E-Class.

Protean says it in-wheel motors could be utilized for pure electric vehicles, but sees greater potential for the system to be part of an EREV setup.

We do see a few issues with Protean's setup though.  First, even at 68 pounds, that's a lot of unsprung weight for most suspension system to cope with.  Second, there's no word on price, which could make or break the use of such a system.  Finally, Protean says it motor only fits wheels 18-inches or larger in diameter, which means that most compacts and subcompacts out there today could not employ such a setup unless wheel sizes on those vehicles grew by a few inches.
++Share