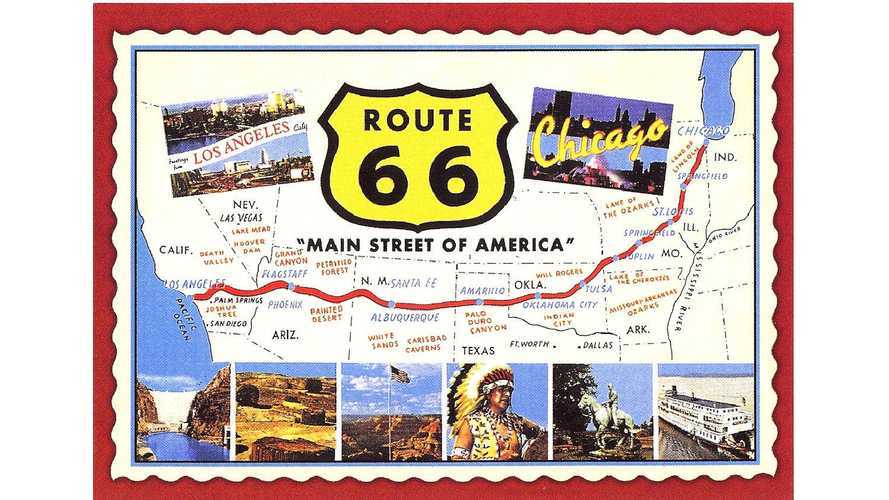 Officially commissioned in 1926, Route 66 (aka Will Rogers Highway, Main Street of America and the Mother Road) was one of the original highways within the US and today stands as a landmark of sorts for automobiles.

Back in the early days, Route 66 was not paradise for travelers.  Most of the Route lacked gas stations, which forced drivers to exit the highway in search of nearby towns.  Gas stations near Route 66 were basically non-existent, so owners of nearby hardware and grocery stores acted to remedy the situation by installing single gas pumps at their stores.  This solved the issue of traveling on Route 66 for some time, but eventually a build out of the infrastructure to support long-distance travel was required.   Enter the modern-day gas or service station.

Today, we're experiencing a similar situation in regards to the charging infrastructure required to transform electric vehicles into long-distance machines.

With that in mind, Atlanta, Illinois (a village near Route 66) wants to relive the past and celebrate the future and will do so by hosting Illinois’ first "Electric Vehicle Cruise-In" on June 8, 2013 from 10 a.m. to 4 p.m.

The idea is to draw attention to Route 66 and to drum up support for the installation of charging stations along the infamous highway.  In a way, this idea mimics what occurred in the early days of the Route.  Back then it was gas stations.  Now it' chargers.

Drivers of all vehicle are invited to the free cruise-in.  18 public charging stations will be available at the cruise-in.  Charging is absolutely free.