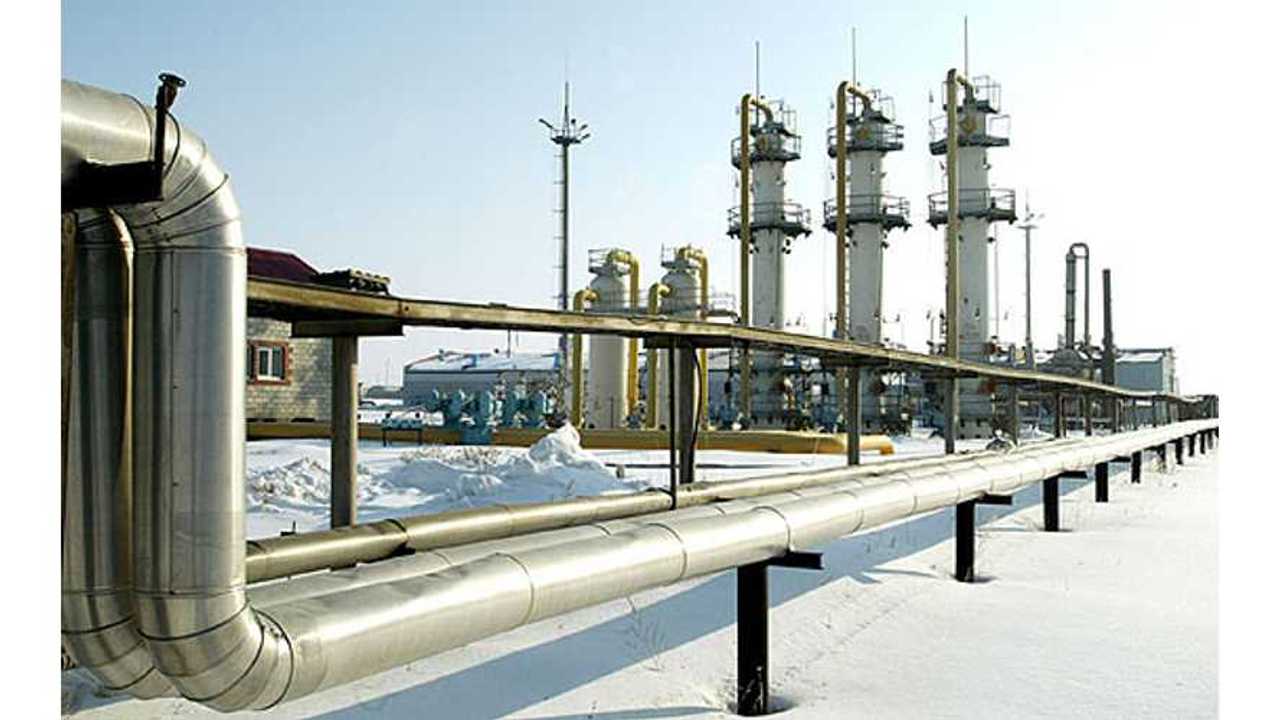 Okay, we'll fill it in with some details.

Russia is believed to be the world's second largest "producer" of natural gas, behind only the US.  Thus, natural gas is cheap in Russia.

Reports vary, but it's believed that natural gas costs roughly $2 less than gasoline per comparative (the cost of natural gas here is for a volume that contains the same amount of energy as 1 gallon of gasoline) gallon.  Natural gas is cheap in the US, too, but we here tend to prefer plug-in vehicles over CNG.  Over in Russia, the story is the opposite.

Why the difference? CNG conversion kits in the US are subject to all sorts of guidelines, regulations and mandates.  This means that it costs OEM's here approximately $12,000 to $18,000 to install a certified conversion kit on an existing vehicle.  That's more costly than most battery packs used in today's plug-in vehicles, so it's more cost effective to go the plug-in route.

Over in Russia, where no such guidelines exist for CNG conversions, do-it-yourself kits are readily available and road legal.  In Russia, a conversion kit can be purchase and installed by a shadetree mechanic for roughly $1,000 or converting can be handled by one of several local aftermarket shops located in the natural gas-heavy areas of Russia.

A CNG vehicle in Russia costs less to fuel, is cheap to convert and, unlike plug-in vehicles that require a high level of expertise to repair, CNG automobiles operate almost exactly the same as the gas- or diesel-fueled vehicles they started life out as.  This means any average mechanic can perform most of the necessary repairs.

In the US, it's the opposite, with only four factory-equipped CNG vehicles on sale today: Honda Civic NG, Dodge Ram 2500, Chevy Silverado and Ford F-250.  Some conversion firms in the US will handle the task of switching a gas or diesel vehicle over to CNG, but it's costly and mostly only done for commercial fleets.