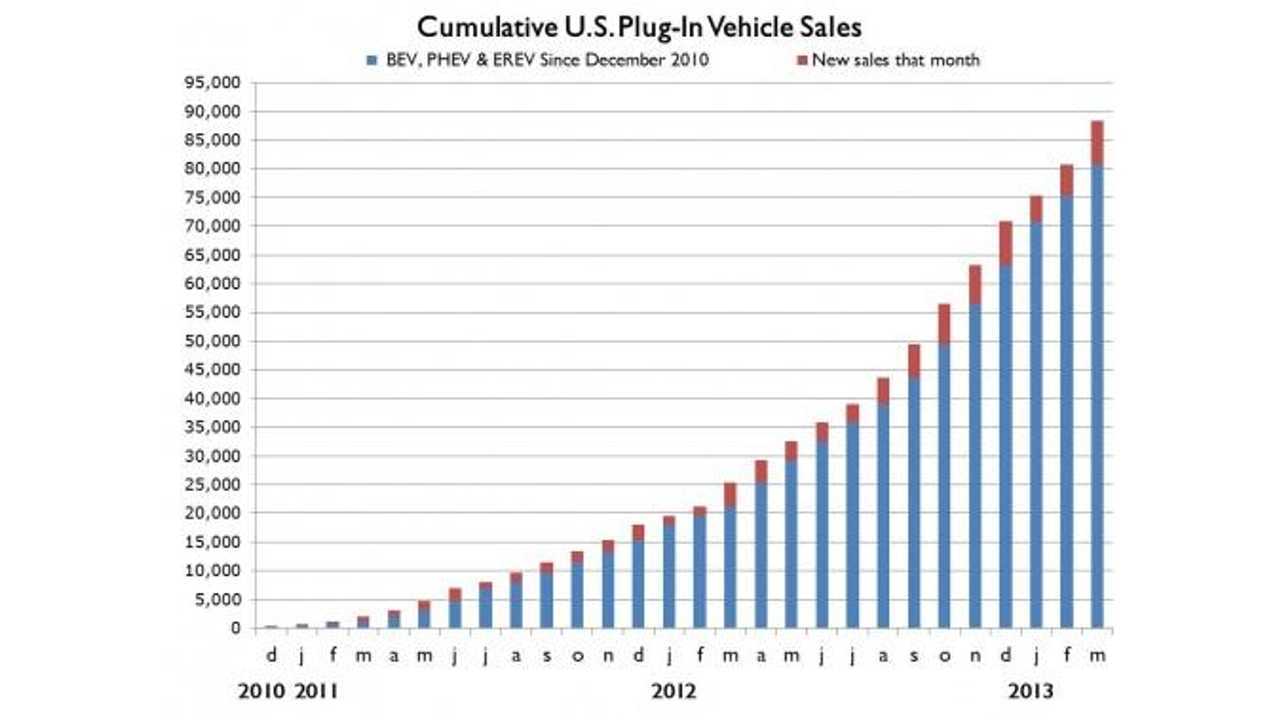 Sometimes a lone chart (notice there's no other image contained within this post. That's an InsideEVs no-no) tells the entire story.

Such is the case here.

What you're gazing upon is a chart showing cumulative US sales of plug-in vehicle from December 2010 (that's when both the Chevy Volt and Nissan LEAF launched in the US) through March 2013.

The curve of the chart show that the cumulative sales of plug-in vehicles are exponential.

What's more is that the chart follows almost a perfect exponential curve, which means the the future growth of the plug-in vehicle segment is rather predictable.

So, if we extended the chart out to (fill in the blank, as this is what we'd call an interactive post) and drew a fancy exponential curve line, then the result would show that cumulative US sales of plug-in vehicles at that time would be approximately ?????? units.

While we could fill in the blanks for you, there are simply too many scenarios to cover.  What will cumulative sales be in January 2020?  How 'bout March 2014?  Maybe mid year 2018?  We're not sure what numbers you're seeking, but if you've got some graph paper (or at least a ruler and a notebook) and a pencil (maybe a printer, too) then the answers to your questions are just a few simple steps away.

Go ahead.  Give it a try.  Let us know in Comments what you discover.