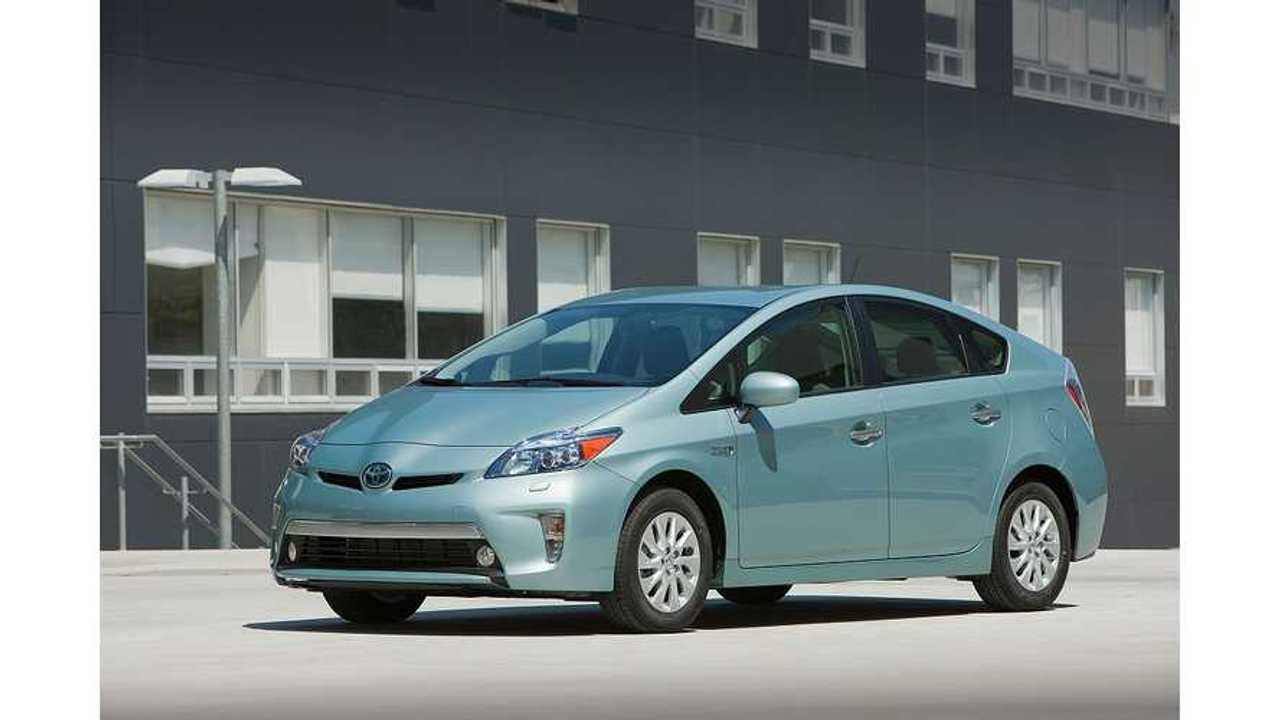 Unfortunately for us, most automakers are rather slow in releasing sales figures for its vehicles sold on the other side of the Atlantic.  Some don't even provide model-by-model European sales data.  Luckily, Toyota is not in that later group.

Toyota Motor Europe just released is 2013 first quarter sales results, including figures for the Prius Plug-In Hybrid, so now we know how it's faring in Europe.

First, some overall hybrid sales data from Toyota/Lexus.  Toyota says that in quarter 1 of 2013, Toyota/Lexus hybrid sales checked in at 38,673 unit, up 82.3% from Q1 of 2012.  Furthermore, Toyota/Lexus hybrids accounted for 20% of automaker's total sales in Europe in Q1 2013.  These figures don't provide us with specific plug-in related sales, but here are those results (remember, Toyota's only plug-in offered in Europe is the cord-loving Prius):

Okay, here are a few more Prius Plug-In Hybrid specific results: And that's all she wrote.  Well, almost.  If you'd like to see how the Prius Plug-In Hybrid stacks up against the plug-in competition on the global level, then check out our "World’s Most Comprehensive 2012 Global Plug-In Vehicle Sales List."
++
Got a tip for us? Email: tips@insideevs.com