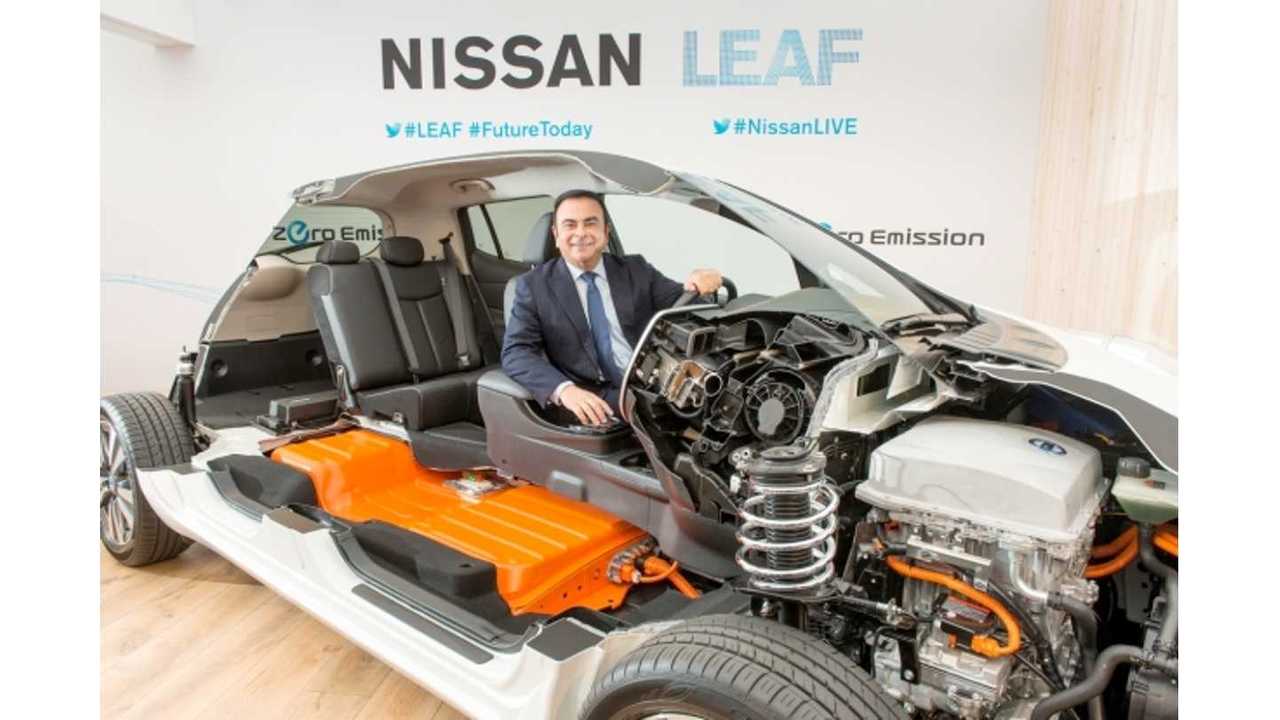 Nissan CEO Carlos Ghosn Chillin' in Half a LEAF

On Monday, Nissan CEO Carlos Ghosn presented himself before the media in Oslo, Norway to hype the soon-to-launch, updated 2013 Euro-spec LEAF. 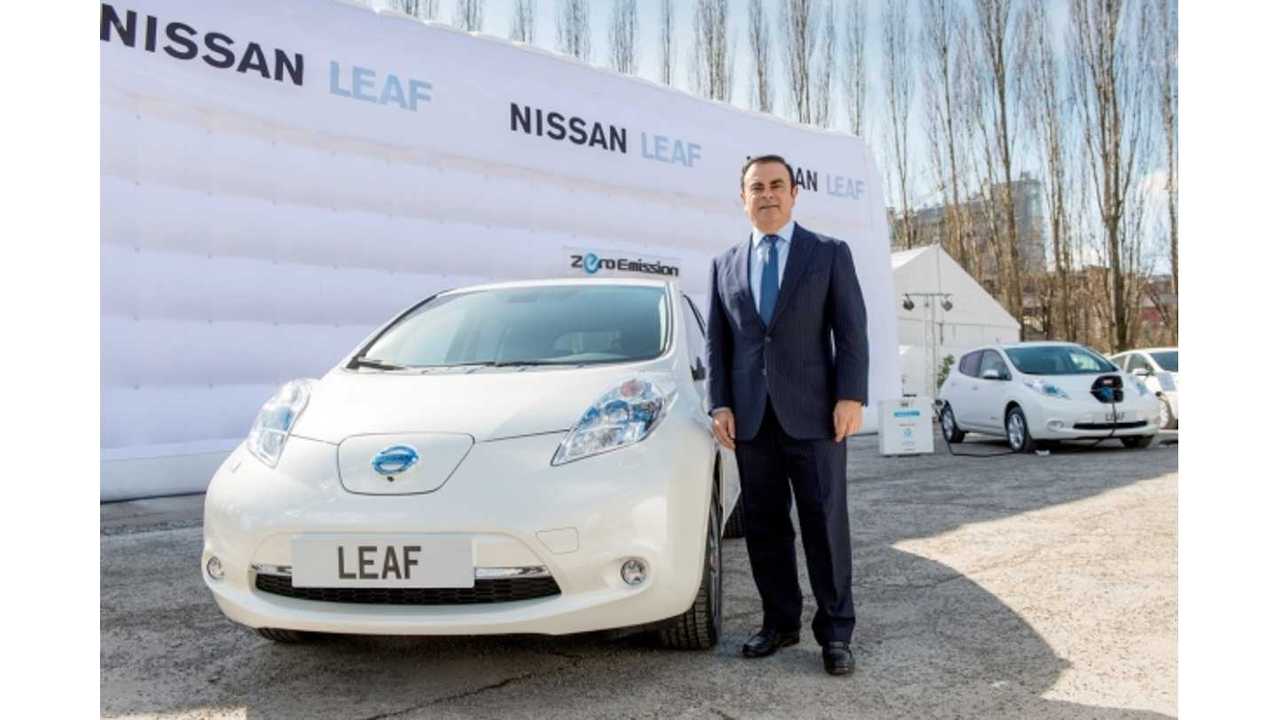 The CEO spoke too of sales, stating:

"The momentum is building around electric cars."

There he's referring to the LEAF setting a sales record in the US in March at 2,236 units and of European LEAF sales surging to over 1,300 units in March.

Finally, Ghosn spoke of owner satisfaction.  We assume his words come from Nissan's own finding, as no source information was provided, but here are a few bulleted points of what Ghosn stated.