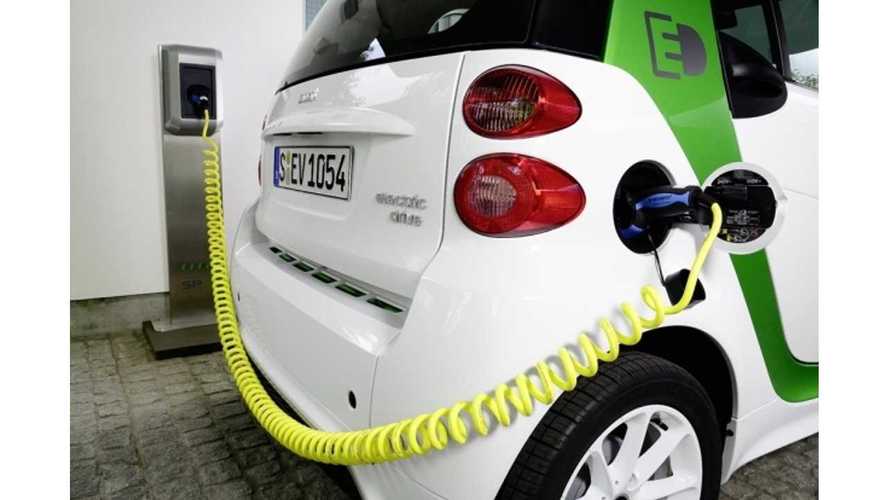 There is no question there is a lot of electric cars on the market now in the United States, however there isn't any available where you have the option to either buy or lease the battery, a practise that is common in Europe; such as in the 2013 UK-made Nissan LEAF.

Smart USA is going to change that.

In a report filed by the Automobile New Europe, Tracey Matura, head of Smart USA, says the company wants to "minimize the anxiety" that the battery would not outlast the car itself.

As the car goes on sale in the US next month, Smart will offer customers who choose to buy or lease the electric ForTwo, the additional option of renting the battery from the company.

As part of the agreement, Smart warranties the capacity of the lithium pack to stay over 80% usage, otherwise it will be replaced.

Ms. Matura says that an astounding 97% of both purchasers and lessees of the Smart ForTwo ED have also chose to rent the battery, and that has influenced the company to be the first offer then option here in the US.

It has long been thought that US customers were not interested in a battery rental scheme; now that notion will be put to the test in the German automaker's 68 mile city EV.

As this is a fairly recent development, no US pricing has been set.  However, a good bet is around $75, as Europe battery leases start around 65 euros,.

The electric Smart is priced at $25,000 in the US, a number that would be decently reduced if the battery was not included in the purchase price.  Again looking at the European model, the cost of the car is reduced by about 25% when the battery was rented seperately (for terms of up to 10 years), which would translate to about $19,500 in the US.

Will the battery rental proposition make sense to drivers on this side of the pond?  The answer is still very unclear.  Would you consider purchasing or leasing an EV, then rent the battery seperately to sure "battery anxiety"?

Also recently confirmed for production is the electric ForFour, which will be offered in about 3 years time.