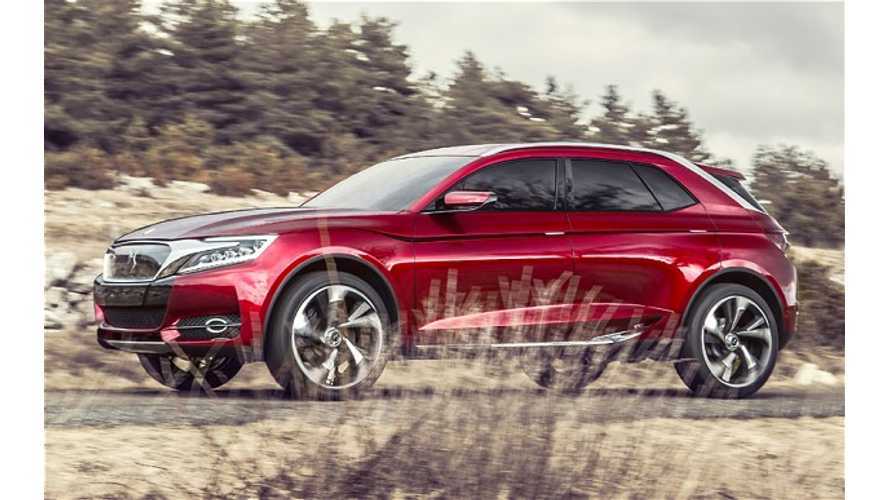 The Citroen Wild Rubis plug-in hybrid concept presents the automaker's latest take on what a luxury crossover ought to be.

It's a Head Turner From All Angles

Though only a concept, the Wild Rubis, which is described as being "as wild and rebellious as it is refined and sophisticated," will strongly influence an upcoming production vehicle from Citroen.

Rubis, French for ruby, describes the vehicle's unique ruby red paintwork that changes hue according to the intensity of light, says Citroen.  Wild, well...we're not so sure how that figures into the equation.

The Wild Rubis will make its on-stage debut later this month at the 2013 Shanghai Motor Show.

Deatils are limited on the Wild Rubis, but we do know that it's 5 cm longer than a BMW X3, wider than a BMW X5, and lower to the ground than both of BMW's crossover-ish SUVs.  Additionally, the Citroen's concept features a plug-in hybrid powertrain and 21-inch wheels.

"Wild Rubis is the latest expression of the DS line, joining the DS3, DS4, DS5 and the Numéro 9 concept car. It

sublimates the genes of the DS line, with its unique and inimitable style, sparking our imagination and our emotions, with a touch of sophistication and an exceptional finish. The Wild Rubis concept car is the forerunner of

As for the plug-in hybrid hardware packed within, Citroen only says this:

"Designed to be driven by the full-hybrid, plug-in technology, the Wild Rubis

concept car is packed with technological innovations that will be on show in Shanghai."

Citroen further hints that Wild Rubis could enter the production cycle, but that it would most likely only be offered in China.

Look for us to post more details on Wild Rubis when it hits the stage in Shanghai.