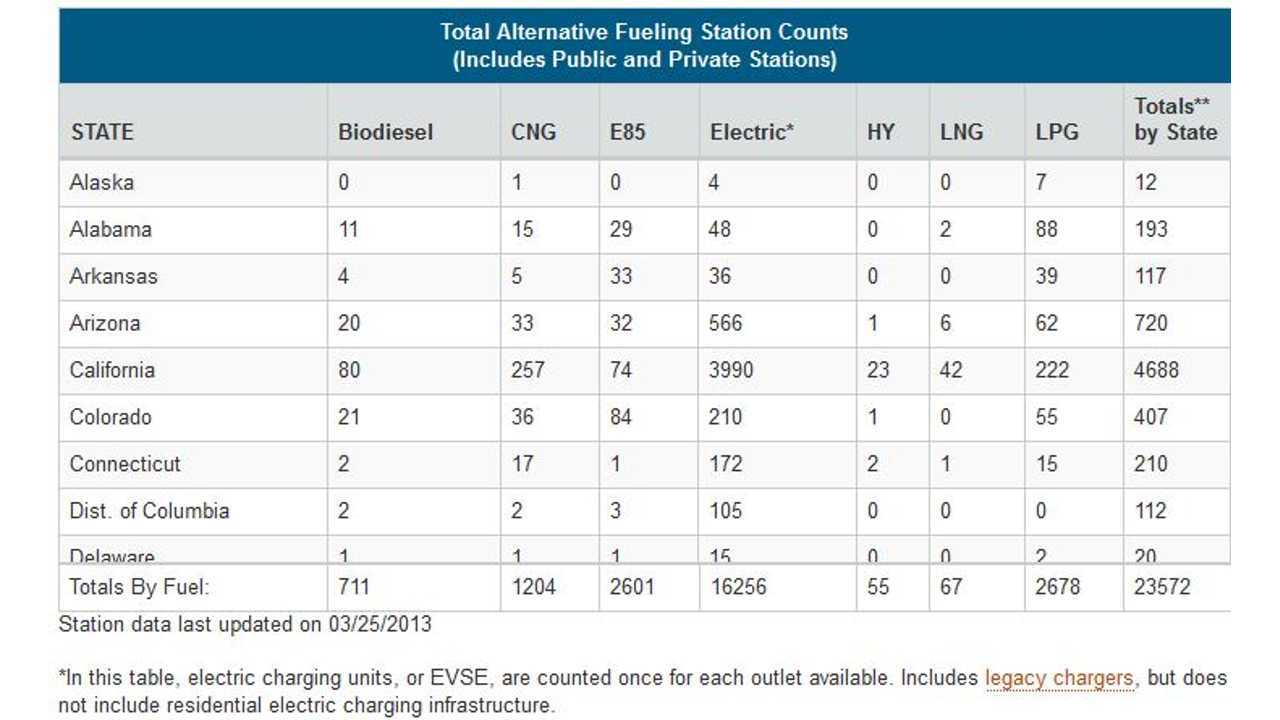 5,678 charging stations represent a rise of 9 percent over the 5,200 that existed in the US.  If the US stays on pace, then by the end of 2013, nearly 7,100 public charging stations will exist here.  None of these figures take into account residential or home charging stations, which number far greater than public units.

Not surprisingly, California is home to 1,207 of the 5,678 public charging stations in the US.  Meanwhile, Wyoming is home to zero and Montana to only 2 public outlets.

Retailers?  Well, Walgreens leads the pack at 365 stations across the US, but it needs be mentioned that most retailers have something to gain by installing chargers, most notably that shoppers tend to spend more time in their stores, which translates to more money spent.