ECOtality and Kroger to Expand Partnership With Install of 225 Additional Charging Stations; 25 to be DC Quick Chargers 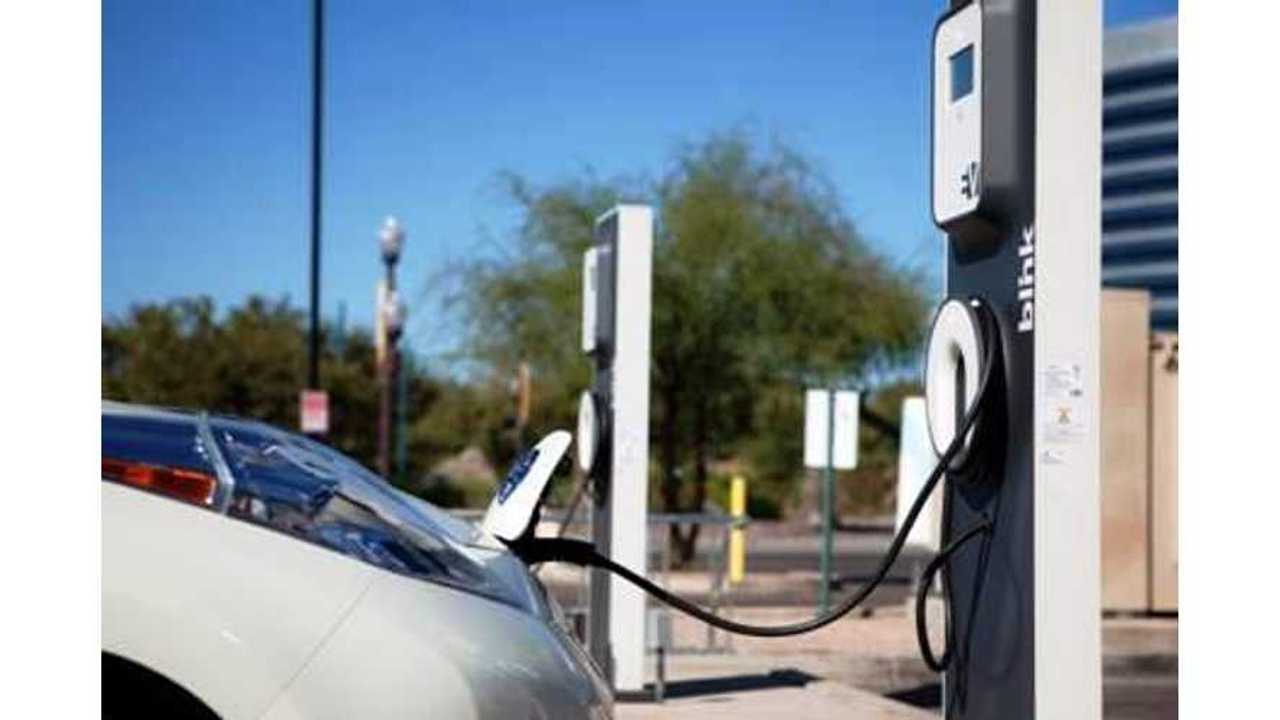 ECOtality and Kroger decided just days ago to expand upon their initial partnership by installing an additional 225 charging stations at 125 Kroger locations in "several key markets."  Too bad those "key markets" are expanding the coverage in areas with quite a bit of chargers already.

Moving on, the agreement calls for over 200 Level 2 charging stations and 25 DC quick chargers to be installed mainly throughout the Phoenix, San Diego and Los Angeles areas.  The install of 25 DC quick chargers is notable when you consider that the US is currently home to only 160 quick-charge stations.

"As plug-in electric and hybrid cars are becoming more popular with our customers, we are pleased to offer the convenience of electric vehicle charging stations at more of our stores in markets with the highest demand.  Kroger is excited to contribute to the growth of this national network."

"Retailers across the country are quickly realizing the benefits of installing our Blink chargers. Independent research shows that Blink card holders routinely reward these establishments with more time in their stores and repeat business."

While the charging stations vary by cost to the consumer (up to as high as $2/hour), Brian Koontz, who is Ecotality's director of stratgic corporate development says, the real financial benefit to Kroger is that shoppers who drive electric vehicles and use the chargers typically spend 30 minutes longer in the store than that of their gas vehicle driving counterparts.

When the additional 225 chargers are installed, Krogers nationwide total will reach nearly 300.  74 charging stations have already been installed Kroger locations in Oregon, Washington and Texas.

Again, we stress that chargers need to be installed across the nation, not only in so-called "hot beds" for plug-in vehicles.  This course of action grows plug-ins in areas of the county that already strongly support the technology, while ignoring regions that may be waiting for public chargers before finalizing a plug-in vehicle purchase.