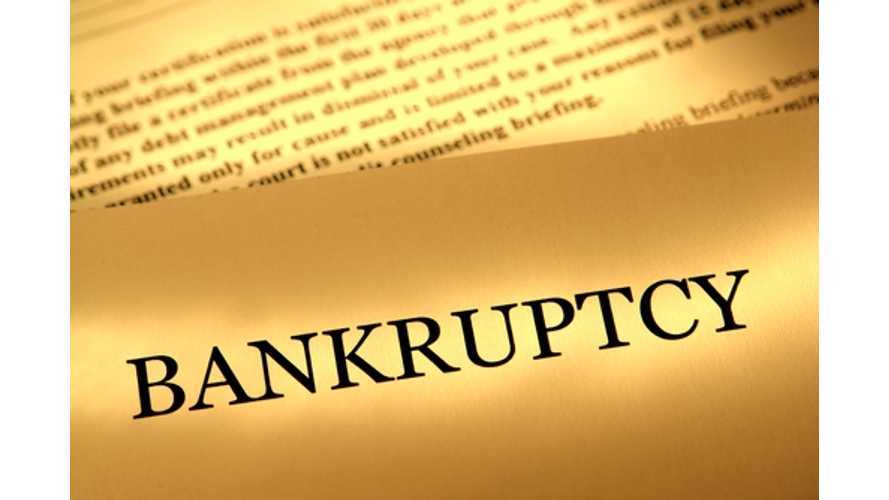 Fisker HQ Employees Were Seen Leaving Its HQ With Boxes And "White Envelopes" Friday Morning. Chapter 11 Bankruptcy Seems to be Right Around the Corner

Fisker Automotive's next DoE loan payment of $10 million, which is due on April 22, could be the tipping point that forces the automaker to file for Chapter 11 bankruptcy, according to several sources "familiar with the matter."

It's believed that Fisker's inability to make that payment means that the automaker will file for Chapter 11 ahead of the payments due date, possibly by the end of this week or sometime next week.

Fisker's skeleton crew of 50-plus remaining employees are reportedly "in discussions with possible buyers to purchase the company in a bankruptcy auction," according to the Wall Street Journal.  Additionally, "Restructuring lawyers at Kirkland & Ellis LLP are putting the finishing touches" on Fisker's bankruptcy filing, says WSJ.

Officially, Fisker is not commenting on the matter at this time, but Reuters reports that the automaker's board of directors are meeting today to discuss options and decide on the exact timing of its Chapter 11 filing.  Reuters adds that "attorneys have drawn up bankruptcy documents and are ready to file in the next few days."

The DoE is reportedly forcing the bankruptcy filing to occur as quickly as possible.  Public and media scrutiny over DoE loans, especially to Fisker, don't sit well with most politicians, so the government want's to "distance itself from Fisker's well-publicized financial struggles," says Reuters.

The Fisker Atlantic Will Almost Certainly Never Make it to Production

Fisker would rather renegotiate terms of its loan and restructure its pay-off schedule as it seeks investors, partners or parties interested in purchasing the automaker, but the DoE basically says that Fisker's time is up.

The DoE awarded Fisker a $529 million loan in 2009.  Fisker tapped $193 million in government loans before the DoE restricted funds in May 2011 due to Fisker's missed milestones and countless delays.

Fisker's assets are collateral on the DoE loan and, as a "senior creditor," the DoE can control some of Fisker's negotiations.

A Chapter 11 filing for Fisker would most likely lead to bidding buy-out war from several automakers. auto manufacturers.  Proceeds from an asset sale would got to the DoE to essentially "pay back the taxpayer."