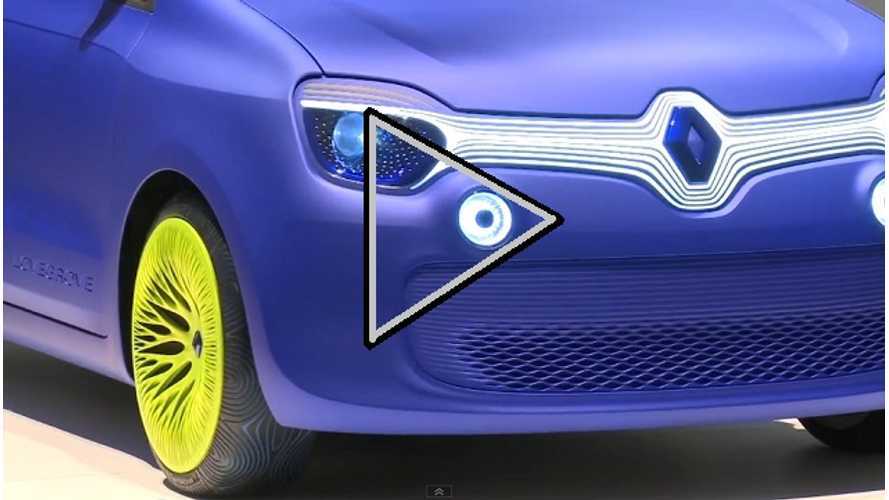 Yesterday, we were introduced to Renault's concept Twin'Z, a car that will strongly influence a new production car from the French company next year, most likely the new Twingo.  If so, that means we are also getting a look at the platform under the all new smart ForTwo.

Now, to go along with the written word, Renault has released a video to show off the car lmore intimately, and also to hear why they thought it was a good idea to let famed British designer, Ross Lovegrove, have his way with the platform.

The Renault Twin'Z is classed as a city car, being 2" shorter in length than the current US spec Mitsubishi i-MiEV.

The Renault has four battery modules, floor mounted in the middle of the car, that can power the EV up to 80+ mph, with an effective range of 160 km, or 100 miles.

After witnessing the car in motion first hand, we came away a little less impressed than we had been after just seeing the pictures, and reading the press release yesterday.

To find out more about the Renault Twin'Z ,or check out the company's extensive PDF report on the concept, check out the original story here.