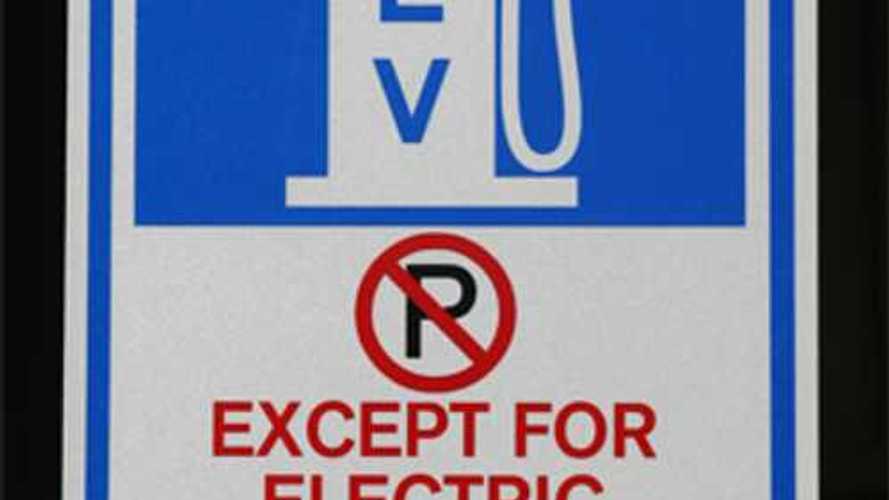 Don't ICE and Electric Vehicle or You'll Likely be Ticketed

The term ICE'd is rather well known among electric vehicle aficionados, but if its meaning is foreign to you, then here's a brief definition: ICE'ing is when an internal combustion engined vehicle parks in a spot designated as electric vehicles only.

Most owners of electric vehicles don't appreciate being ICE'd and some have even shown their discontent by placing "courtesy" notices on the ICE vehicle, but that probably won't be necessary in Knoxville, Tennessee.

The law is on our side.

Jake Tisinger, Project Manager for the City of Knoxville's Office of Sustainability, states that city-wide ordinance was passed in December in an effort to ensure that the city's 24 public charging stations are available for electric vehicle owners.  Tisinger stated:

Lots of cities have similar ordinances, but rarely are they ever enforced.  Knoxville may be an exception though.

On Monday, city workers posted warning signs in front of electric vehicle only parking spots.  These signs warn of the tow-away and ticketing penalties.

Knoxville officials now say that with proper signage in place, the Knoxville Police Department will enforce the ordinance.

Our hope is that all cities take a similar approach to electric vehicle parking and that enforcement is always part of the action plan.  Maybe then being ICE'd will folklore.