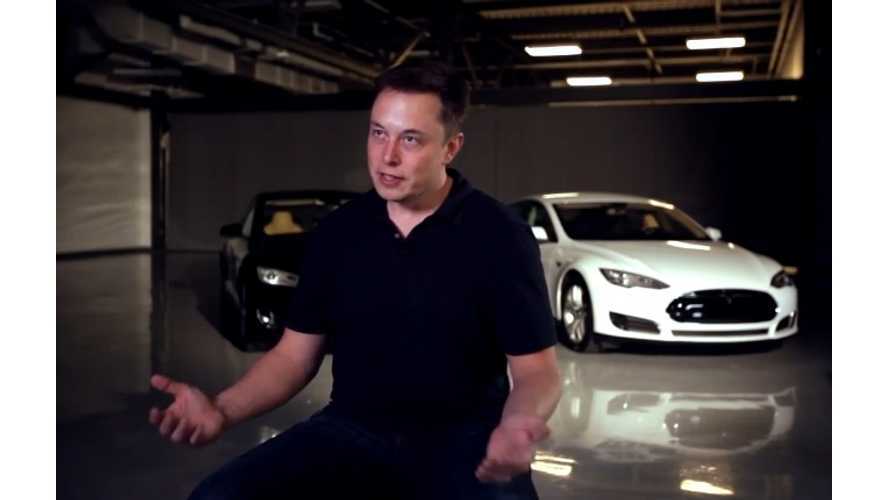 Tesla's perfect 3-0 (previous wins here, here, and here) track record in convincing or coercing states in the US to allow the automaker to sell its vehicle through stores is on the line tomorrow in Texas.  But this one's a doozy.   And Tesla Motors CEO Elon Musk knows this battle will likely be the automaker's most difficult.

Queue the leaked email (Forbes says it came from a source close to Tesla) from Musk, which calls for Tesla employees, fans and friends to rally against the Texas auto dealer association.  This email, in particular, called for the Tesla "troops" to come out last Tuesday to rally against Senate Bill 1659.  But tomorrow (April 9) is when Tesla will re-organize against House Bill (HB 3351) at 1:30 pm at the Texas State Capital.  As expected, Elon Musk will be testifying.

Please email/call any Tesla fans or friends you know in Texas to rally tomorrow morning at 8am at Senate Building 1659 in Austin. We have got to move fast here. The Texas auto dealer association is trying to stop us from selling cars in the state and they have way more money and power than we do with legislators, so we need to rally the people pronto to stop them from winning.

It is crazy that Texas, which prides itself on individual freedom, has the most restrictive laws in the country protecting the big auto dealer groups from competition. If the people of Texas knew how bad this was, they would be up in arms, because they are getting ripped off by the auto dealers as a result (not saying they are all bad – there a few good ones, but many are extremely heinous). We just need to get the word out before these guys are able to pull a fast one on us

For everyone in Texas that ever got screwed by an auto dealer, this is your opportunity for payback.

Diarmuid O’Connell,  Tesla VP of business development, says operating in Texas is “expensive, time consuming…and just ridiculous.”  According to O’Connell, Tesla employees can’t participate in selling vehicles, nor can they provide pricing info on any Tesla products.  Furthermore, a Tesla Model S can't be sold in the state.  Eager buyers must contact an out-of-state Tesla representative and arrange to pick up the vehicle themselves or to have it delivered using their own money.  Tesla cannot legally assist in this matter.  In Texas, Tesla can't even perform warranty work on its vehicles, so owners must seek an out-of-state site for these fixes.

“The best way for any manufacturer to retail their vehicles is through great  dealers.  They’re the  ones who know how to retail, who know how to satisfy the customers, and they’re  the ones who should be selling the product…To think you should have an exception because you have one electric vehicle is  arrogant."

If you're on Tesla's side, then here's what Tesla Motors urges you to do:

1. Take a look at the Senate and House Committee websites – if you or your friends are represented by a State Representative or Senator on this committee, feel free to contact their Capitol office and register your support: “I’m calling to register my support for SB 1659/HB 3351 – I want what’s fair. Texas dealers are preventing my car from being repaired efficiently and forcing money out of state.”

2. Attend a hearing at the State Capitol (Bring your Tesla!) and register your support and/or seek an opportunity to testify in favor of the bill.

In the House, one of the many iPads attached to the Capitol walls can be used to check-in. With the iPad registration, you can register your support any time before the hearing (without ever stepping foot in the committee.)

Unless you wish to testify, you can fill out the card and leave. Those who wish to speak will have to wait until the bill comes up for discussion in accordance with the hearing schedule.

Will Tesla Motors go a perfect 4-0 after tomorrow's House hearing in Texas?  Or is this one battle that even a leaked Elon Musk email, countless tweets and numerous Facebook posts will fail to muster up enough support for Tesla to walk away victorious?