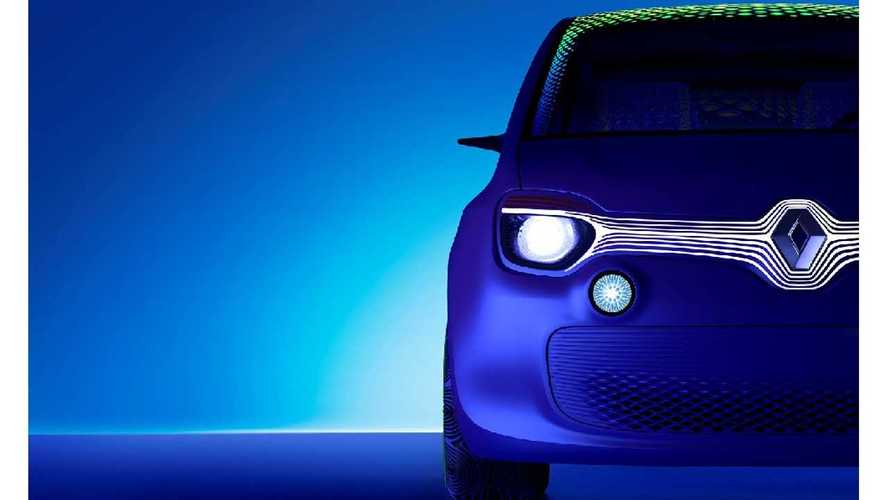 Renault has debuted a new all-electric concept, the Twin'Z, that the company says will influence a production car next year.  Looking at Renault's lineup, the current Twingo looks like a early favorite for the refresh treatment.

Unlike most concepts, Renault has produced more than just a few dozen pictures of the exterior of the car; actual specs are listed.

The Twin'Z is not a very big car by any stretch.  At 143" in length, it is a foot and a half shy of it's sister car, the Renault Zoe, and almost 2 feet shorter in length than the Nissan LEAF.

Technically, you would class this car as a supermini, or city car.  It is interesting to note that Renault-Nissan boss Carlos Ghosn just two weeks ago in Japan mentioned for the first time that a new city car was in the works for the Nissan brand with the help of its strategic partner.

"...we have other cars coming. We have light commercial vehicles. We’re going to develop a city car with the collaboration of Renault."

Could this be part of that plan?

"Can Anyone Point Me In The Direction Of The Tron Laser Disc Arena?"

Like many concepts, Renault, with the help of British designer Ross Lovegrove, have spared no expense when it comes to ludicrous auto-show quality features.

The Twin'Z does not just feature suicide doors, but power suicide doors.  The seats?  Visible frames and totally  fire-retardant material...just what you need.

There was no mention of a specialized cupholder to hold the headache medicine you would surely need if a driver was to spend more than 15 minutes inside the Twin'Z, but we will go ahead and assume it is in there somewhere as well.