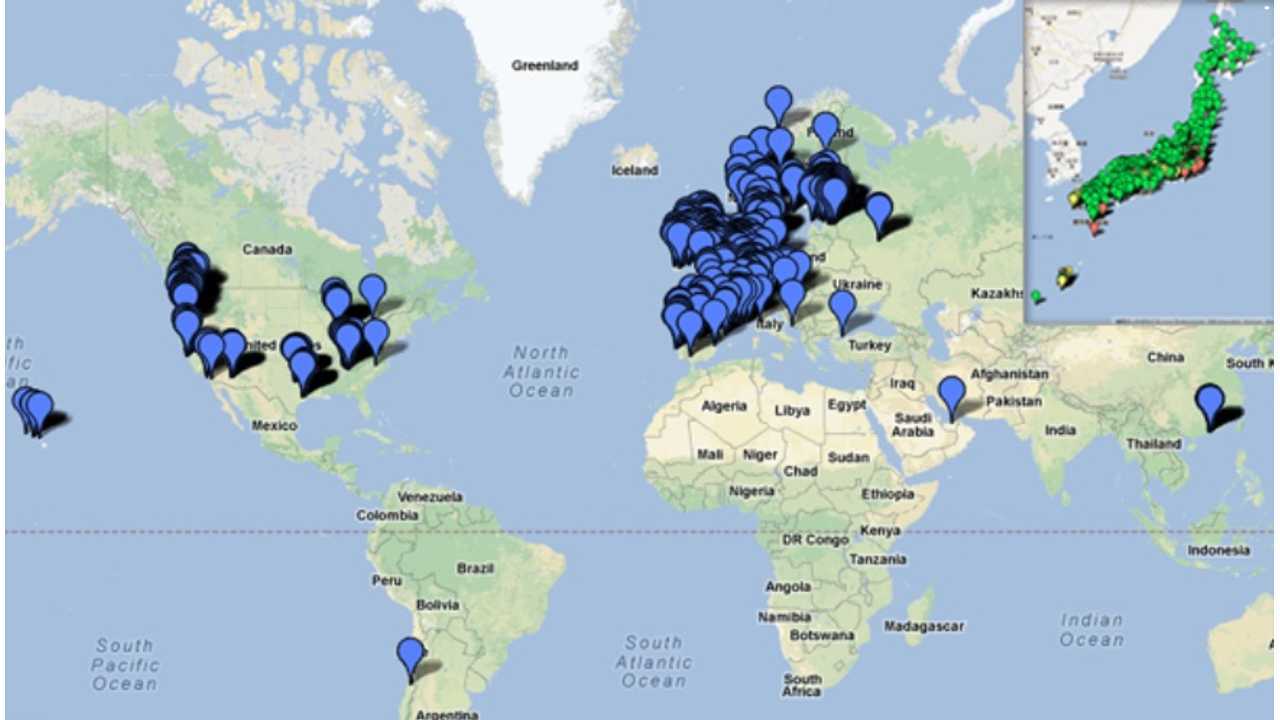 The battle lines have been drawn:

Now, it seems since the SAE officially approved the new fast-charging Combo in October of 2012, CHAdeMO has increased the roll-out speed of their charging stations (along with the number of press releases they issue).

This past weekend, the association let it be known that through the end of the first quarter of this year, there are now 2,501 fast charging stations using their protocol.  The breakdown is as follows:

It is worth noting, that it was less than 3 months ago, when we reported the CHAdeMO association was just passing 2,000 units.  So it appears the plan for the future is to spread the net as wide and as fast as possible, in hopes of smothering the new SAE standard before it can get a foothold.

Month-By-Month Inventory Of CHAdeMO Station Up Until January. 2,501 Units In Place As Of March 31st, 2013

When looking at the map of existing charging stations provided by CHAdeMO, it appears they have Japan, and a good portion of Europe locked up.

In the US, the same can not be said.

However, the SAE standard really needs to start putting down their marks on the map too, as Nissan (with some help of some local partners) has committed to bring 500 new units to the US over the next 16 months.

It seems to us that while the war seems to be over in Japan, it is just about ready to rage in Europe as BMW brings its SAE based i-product line to Europe (i3 coming in November, i8 in 2014), along with a legion of offerings from VW/Audi (Golf plug-in, E-Up!, XL1, A3 e-tron, etc.)

In the US, it could still be different, there could be a third outcome.  Compromise.  As we would really like to see cooler heads prevail here...and just build out charging units that can allow vehicles using EITHER STANDARD to plug in.

If it was not for the continuing saga of the two standards, the story would simply be "A Lot More Fast Charging Stations Are Being Deployed Around The World Making Plug-Ins Vehicles More And More Viable."

And that sounds like a better story to us.