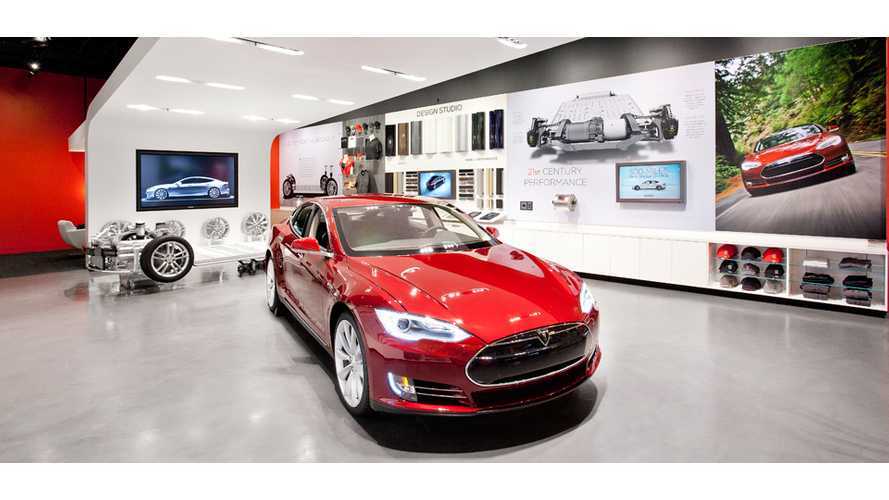 The Tesla Motors PR machine has been pumping out a lot news as of late, including a "revolutionary" lease deal on the Model S and an announcement on profitability, but the expansion of one of its stores/showrooms flew well under the radar.

Located two doors down from the "old" showroom, Tesla's expanded Santana Row store, in a high-end shopping plaza, is now triple the size of the "old" nearby site.

Tesla says that traffic at its Santana Row store has been "high," so expansion was necessary.  The updated and expanded store now even features a Supercharger on display, as well as the Tesla Model S and other Tesla-endorsed products.

The stores are the work of George Blankenship, a former Apple exec, whose jobs it is at Tesla to promote worldwide sales and ownership experience.