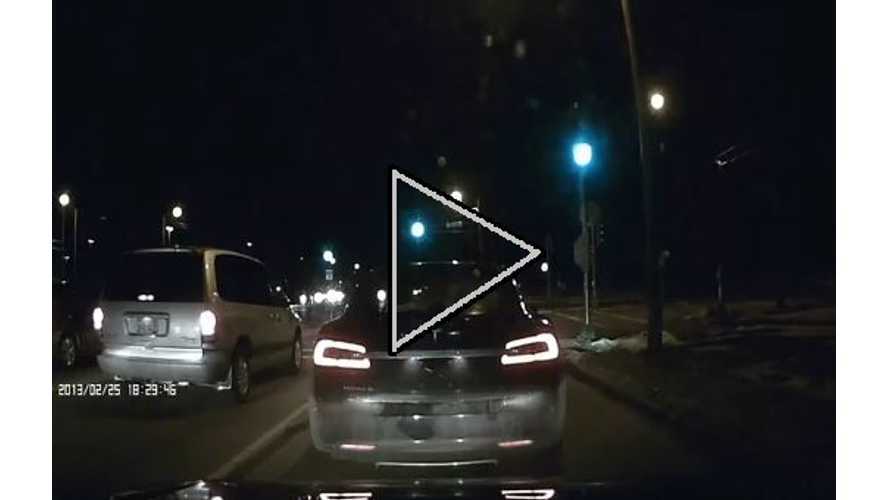 Can a Toyota Camry equipped with a V6 engine and a manual transmission chase down a Tesla Model S in the real world?

Can an elephant keep pace with a cheetah?

Come on now.  There's no way a lowly Camry, even with a row-your-own gearbox, can match the off-the-line acceleration of the Model S.

But hey, it's still exciting to watch the Toyota try.

Video uploader 98WAGOON (does this imply that his ride is a Camry wagon?  Maybe.) describes the chase as follows:

"Saw a car dart around traffic (in a turn lane, naughty naughty!), decided after a bit to follow it (where the video starts), and at first didn't recognize it. Thought it was an Audi, maybe. Marvel in my amusement when I notice the big T badge on the back, and as I notate how filthy it is!"

"I never got a chance to catch it in my V6 MANUAL TRANSMISSIONED Camry."

Before launching the video, we have to cover our behinds by saying there's a fair amount of not-suitable-for-work language.  There, now you've been warned.