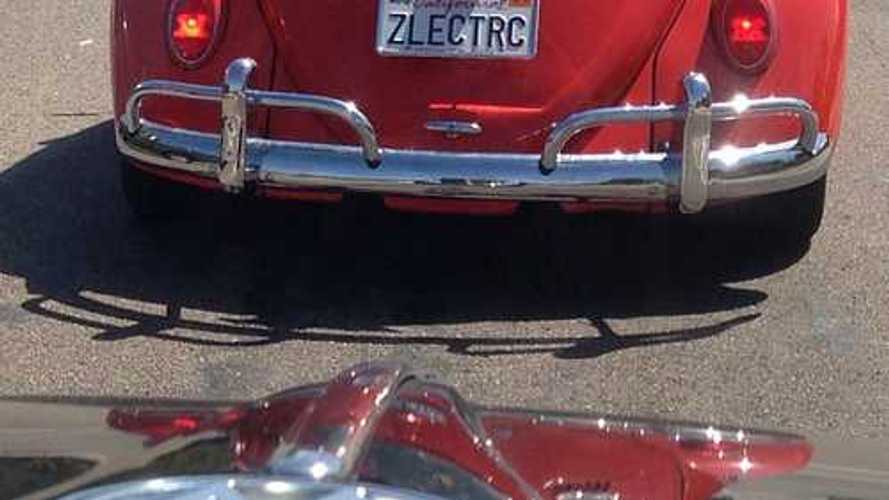 ZelectricBug Out For Maiden Voyage

ZelectricBug presents the "car you grew up with" that's "classic icon outside" with "tomorrowland-electric drive inside."

The first ZelectricBug (the firms name for its converted VW Bugs) isn't scheduled for completion until late Spring 2013, but that didn't stop Zelectric from already hitting the streets in its near-complete electric Bug for an early maiden voyage.

In production form, the pure electric ZelectricBug will have a range of 80 to 100 miles and be capable of zipping from 0 to 60 mph in "under 9 seconds.  Top speed will be over 80 mph and a manual transmission is part of the package.

The ultimate goal of Zelectric is to convert various 50s and 60s Volkswagen Beetles over to electric.  Conversions include 58-66 convertible; 58-63 ragtop sunroof; 58-66 sedan; and 64-66 sedan with sunroof.

So, if you've always dreamed of owning an electric Beetle, then perhaps Zelectric will transform that dream into reality.

The conversion firm hopes to kick production into high gear in late 2013 and says its target price (which includes the cost of the donor vehicle and restoration) will be in the range of $45,000 to $60,000.

For more info on Zelectric, check out the conversion firm's website by clicking here.