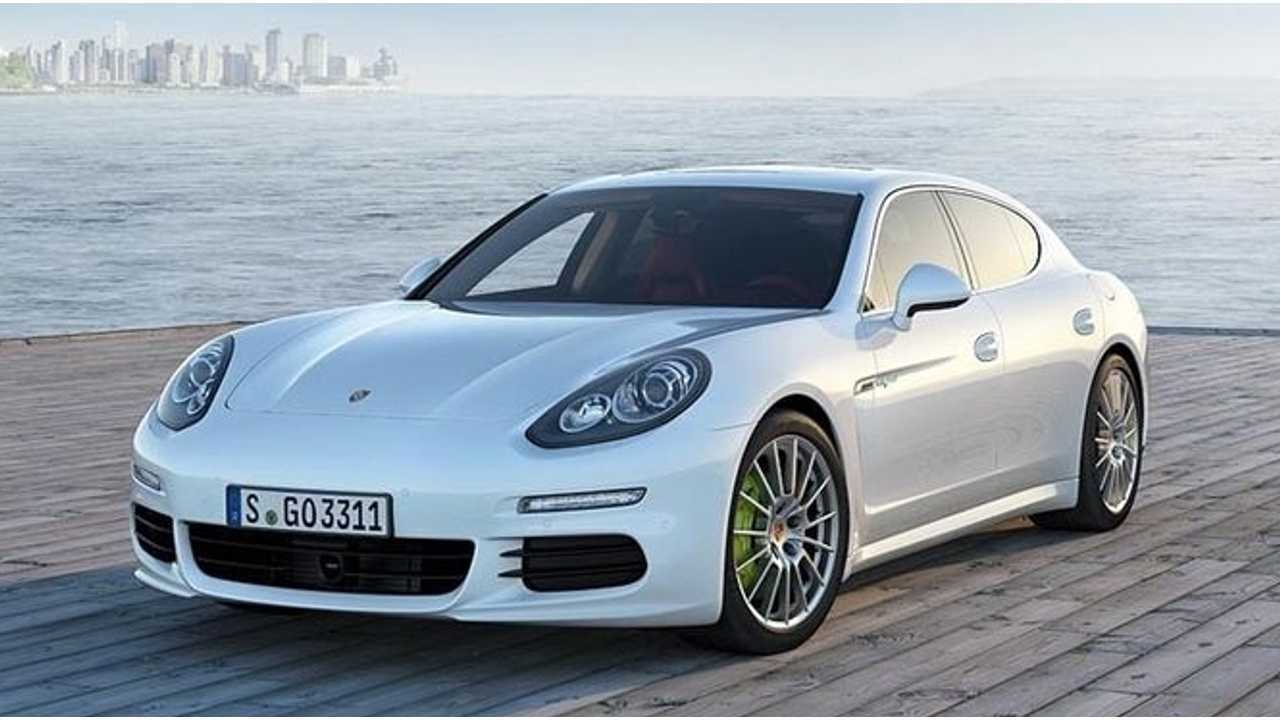 Though Porsche won't formally unveil its refreshed 2014 Panamera until the 2013 Shanghai Motor Show on April 21, the German automaker dumped all the details today.  The detail overload includes a mention of the addition of a plug-in hybrid version to Porsche's uniquely styled four-door sedan lineup.

For the first time ever, Porsche will make available a plug-in hybrid Panamera.  Dubbed the Panamera S E-Hybrid, Porsche's first plug-in hybrid cranks out a total of 416 horsepower, with the electric motor providing 95 of those horses.

Electricity is stored in a 9.4-kWh lithium-ion battery pack, which is claimed to provide the Panamera S E-Hybrid with 20 miles of electric-only range (NEDC test cycle).  Recharging to full capacity takes only 2.5 hours when connected to 240-volt.  Top speed in electric-only mode is listed at 84 mph, but it jumps to 167 mph with the gas engine cranking.

Official fuel economy figures are not available at this time.  Porsche says those crucial numbers will be released closer to the vehicle's launch in late 2013.

Since it's a Porsche, off-the-line performance is part of the equation, albeit at slightly lesser levels than most Porsche offerings.  The Panamera S E-hybrid accelerates from 0 to 60 mph in 5.2 seconds