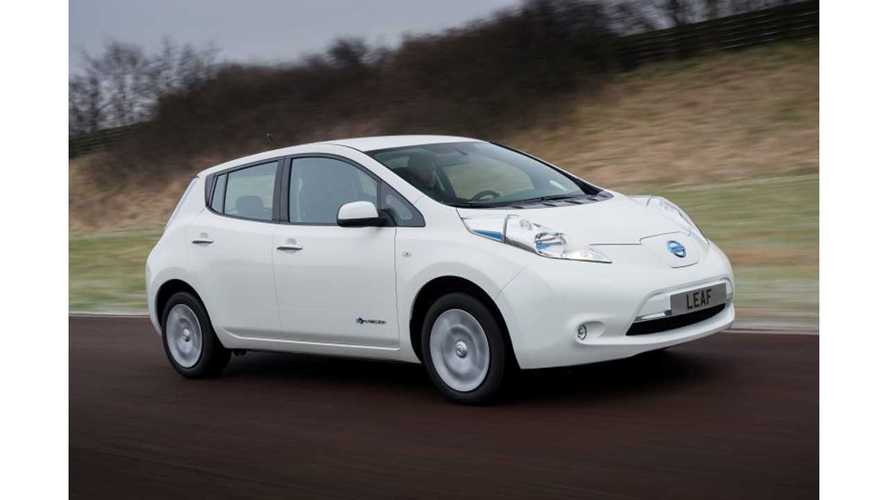 Nissan is on a roll.

Yesterday, the Japanese automaker announced that US sales of its electric LEAF soared to a record high of 2,236 units in March 2013.  Today, the story is almost the same in Canada.

Nissan Canada released sales numbers for March 2013 and its LEAF shattered an existing record there, too.

LEAF sales for March in Canada soared to 82 units, which might seem low, but is indeed an all-time high for LEAF sales in a single month in Canada.

Canadian year-to-date  deliveries of the Nissan LEAF now check in at 156 units for, up 129.4 % compared to the first three months in 2012 when sales totaled only 68 units.

Of course, it's easy to say that 82 units sold in March doesn't matter much compared to the 2,236 LEAFs sold in the US, but it's the dramatic year-over-year increase (310%) that's more important here, as that figure shows the LEAF is gaining traction among our neighbors to the north.

Part of the salse bump can also be attributed to clear-out deals on remaining 2012 inventory (something the US is practically out of now).  New 2013 inventory is expected at dealerships in May, and then we should see even more acceptance for Nissan's EV.  A pricing announcement on Canadian LEAFs is also expected shortly.