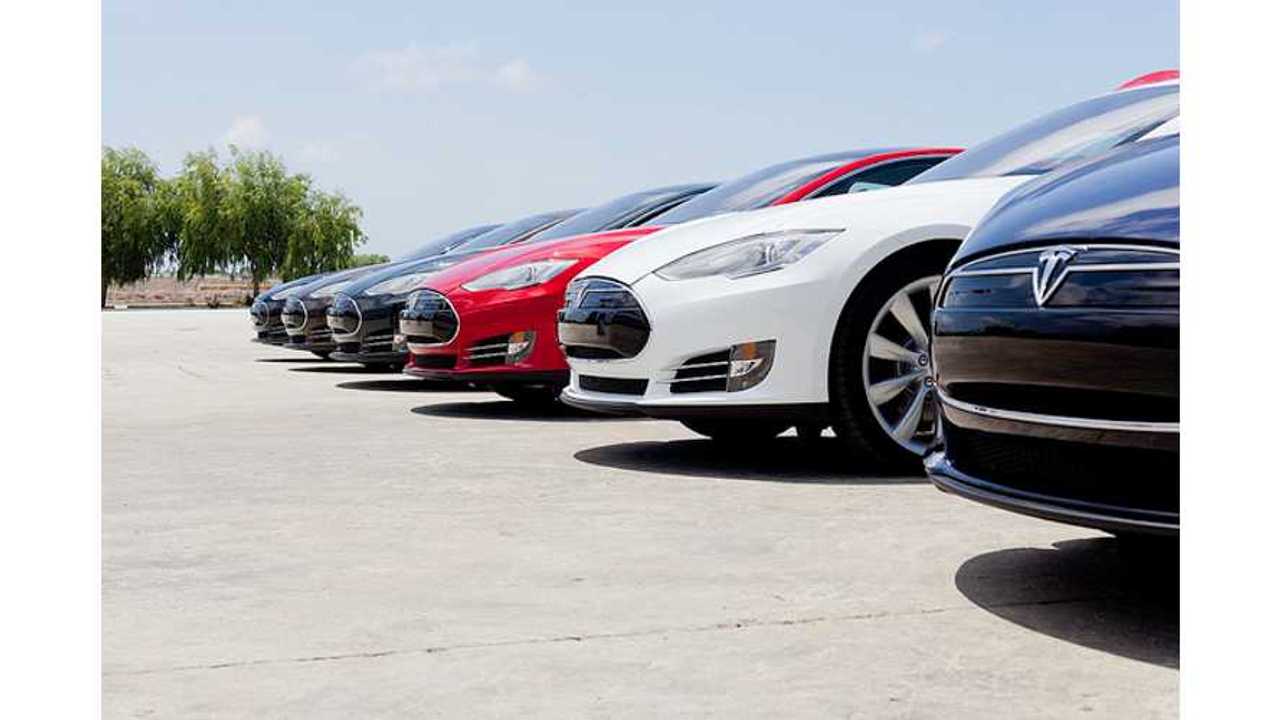 It's the "largest single US reservation" in Tesla's history, barks the press release from Downtown Project, a group that describes itself as "passionate people committed to helping to transform Downtown Las Vegas into the most community-focused large city in the world."

Those 100-plus car will include 100 Tesla Model S electric sedans, which Project 100 hopes will stir up a lot of media attention and spring its transportation-sharing service into full-blown action.

"We are excited to be partnering with Downtown Project and Project 100.  I am a big fan of their innovative efforts to help revitalize and transform downtown Vegas."

Project 100 is described as a "complete transportation system" designed to allow vehicles owners to ditch their rides in favor of shared transportation.  Downtown Project says that Project 100 members will benefit from this because its service is "less than the monthly cost of traditional car ownership."

A Project 100 beta program will launch "in the coming months," but it's not yet clear how much members will be required to pay.  Project 100 skirts the cost issue a bit, stating only this:

"We won’t be charging members hourly or by distance members for rides with on-demand drivers, for example, so we have to be careful how we structure the service so we’re profitable enough to stay in business and grow with our members. We’re aiming to keep the monthly cost for most members in the same range as a traditional monthly car payment + insurance which averages around $400 per month.  There will be other entry level membership options that provide a similar but less robust level of service for the occasional user. Our beta over the next few months will have a big influence over what level of service is available to each level of membership as we test theories on how people will use the system."

But don't think of Project 100 as just a car-sharing service.  It's more than that.  It's a total transportation solution for individuals that have no means of getting to and fro.  Project 100 provides the means.  Bicycle, automobile, bus service and so on is all part of the program in some way and it's all accessed through an app, as that's the way car-sharing almost always works.  Here's how Project 100 describes the basic functionality of its all-inclusive transportation service:

"The experience is simple: open an app so we know where you are and tell us what zone you want to travel to. With that information we’ll give you a set of options, for example, 1 – Be picked up by a driver in a Tesla in 3 minutes, 2 – Drive yourself in a low range electric vehicle that’s 0.2 miles away, 3 – Grab a bike that’s 0.1 miles away or 4 – Hop on the party bus that will be near you in 4 minutes."

Details are limited right now, but we're sure to learn more of Project 100's operating procedures soon after beta testing kicks off.  And where there is access to 100 Tesla Model S sedans, members are sure to flock.  Right?