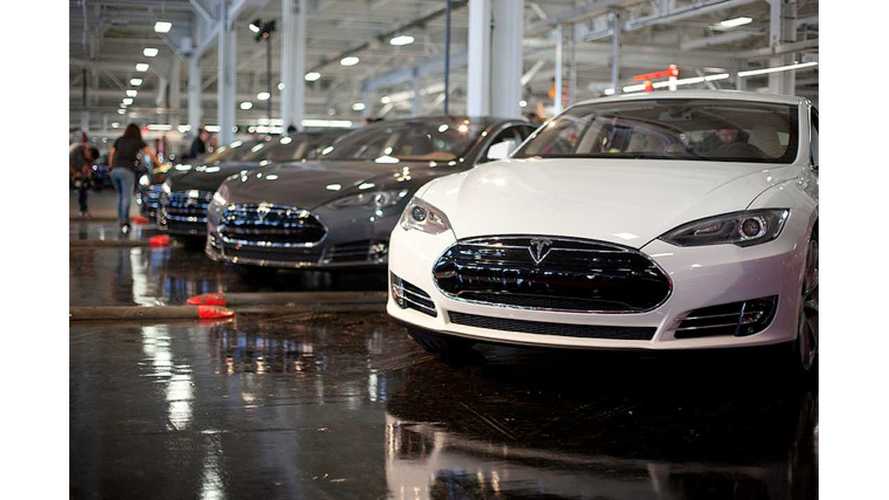 What was Elon Musk's big announcement he was so excited about last week?   Leasing.  Or at least something that resembles leasing.

After the market closed today, Tesla announced that they have started a new leasing option on the Model S.

"Most people throughout the world prefer to own their belongings, rather than rent what is essentially someone else’s property via a lease.  However, leases do provide some key benefits, particularly a low initial payment, tax deductions, lower risk on resale value and the convenience of returning a car without the hassle of reselling it personally."

The leasing program starts as low as $500 a month with 10% down according to company....sorta.  That is if you factor in a whole bunch of intangibles, along with federal and state tax incentives.  It appears as if the actual cost to least the new entry level Model S (60 kWh) still starts at $1,051/month factoring in only the $7,500 federal credit.

Tesla has provided an online calculator to aid you in figuring out the true cost (as well as actual cost) to lease a Model S.  You can find that resource here.

It should be noted that if the entry level 40 kWh (starting from $59,900) was not cancelled just 48 hours ago, the cost of leasing a base Model S would have been 20% cheaper.

Here is how the Tesla CEO explains the "world's best financing product for the world's best car" program:

The residual guarantee is available between months 36 and 39 on the 66 month lease, and is for 43% of the purchase price.

Update:  Tesla apparently was not aware of the terms of their own program (or the applicable math calculation), as a company spokesperson says the lease-long is actually 63 months...making the the monthly payment even higer.  (making the lowest possible price now around $1,100/month)

"We made a small change to the site overnight – changing the 66-month term to a 63-month term. We were incorrect with putting 66 months initially. I believe this is the reason for the discrepancy."  -  Tesla spokesperson Shanna Hendriks told AutoblogGreen

Earlier Tweet On Today's Leasing Announement In Which Mr. Musk Vows To Back Up Lease Guarantees Personally

The Tesla CEO explains (in a video below) that the guaranteed residual doesn't just come from the company, but from himself personally as well; which now makes sense of Mr. Musk's "putting his money where is mouth is" tweet from last week.

The after-hours news (and previous event over-hyping) didn't impress the market much, as shares traded off by over a $1.00 (real-time quote).

The immediate after-market reaction to the news had the stock trading lower almost immediately, and investors punished the California company during the day by over 7%, with the stock falling $3.24 to $41.10 (real time quote here)

Fine print on the conditions and terms of the lease: