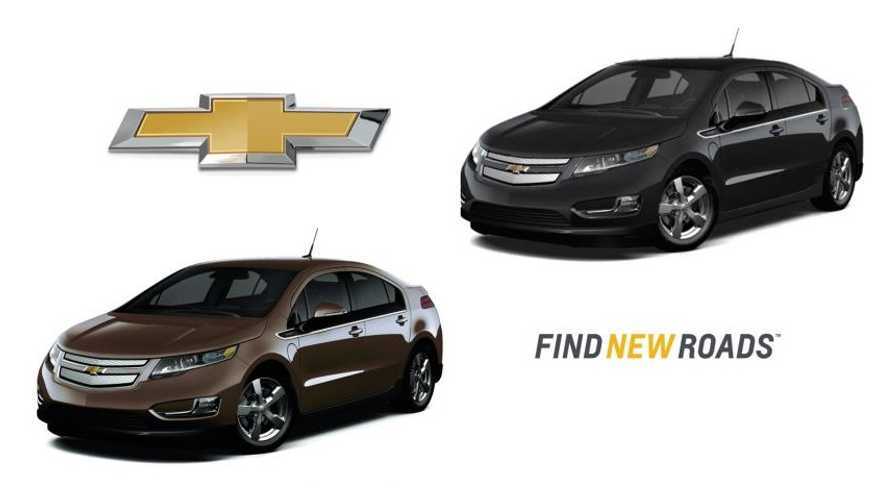 Chevrolet took some time today out of the busy day of April Fool's pranking (see below) to announce that the 2014 Chevrolet Volt will go on sale in the United States in "late May" of this year.

Along with that news, General Motors let slip of this first two new options that will be available on the '14 Volt; new color choices.

These two new colors will join the current 2013 color choices to round out the palette: Leaving the color wheel for 2014 is

However, before this announcement was made, some of the fellows in Chevy's "social media" group thought it would be funny to take advantage of date on the calendar (April 1st), and spoof an 'alternate' upcoming color choice.

"Introducing the new 2014 Wild Salmon Pink Metallic Volt. Not only does it feature a hot pink and yellow metallic paint that changes color when you drive North or swim upstream, but it also comes with matching water boots and fishing pole for you outdoor enthusiasts."

More important than a couple new color choices, most insiders expect that a new, lower priced, lineup structure for the 2014 Chevrolet Volt will be introduced, as well as perhaps some new options integrated from the upcoming, limited-run, Cadillac ELR production, that will get underway late in 2013.