1,000-Mile Electric Vehicle Built in UK to Launch in 3 Years? 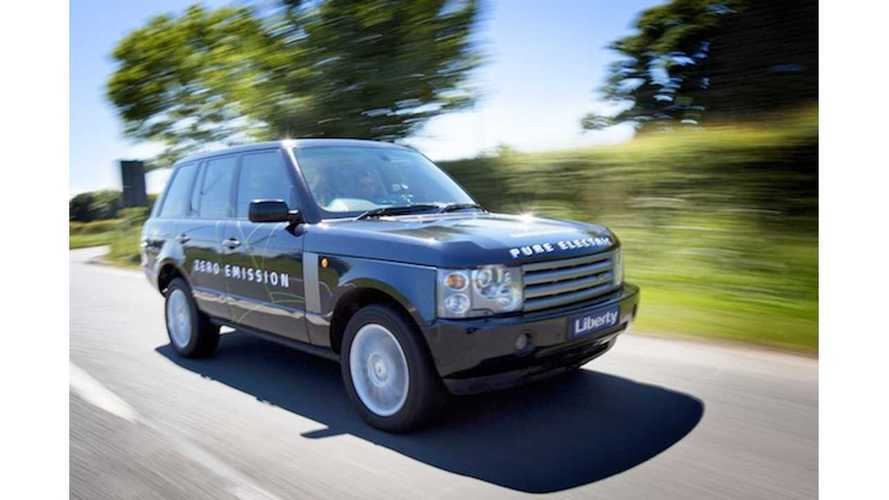 Behold the 1,000-mile electric vehicle.  No, it's not the converted Land Rover featured throughout this post, but rather a mystery EV coming soon from UK-based Liberty Electric.

This record-shattering electric vehicle has no price tag, no set-in-stone release date and there are almost no details on the technology behind it, but it's apparently in the works.

Liberty Electric Cars says it's working on a prototype electric vehicle that will have a range of between 837 and 1,000 miles.  This mysterious EV is "still under development" and won't be ready for launch for two to three years.

The prototype stage is expected to be complete within 6 months, but as of right now, we don't even have a clue which vehicle Liberty Electric Cars (a converter of readily available fossil fuel vehicles) choose for this top secret project.

"I can tell you that there will be a vehicle that will do Land's End to John O' Groats (approximately 838 miles) on a single charge next year."

By next year, Hobday means that a working prototype will be complete, but don't expect it to be even remotely close to ready for a launch to the public.

Hobday adds a few more statements that don't exactly line up with what we know to be reality in terms of electric vehicle technology:

"Have no fear. Battery-based energy storage for electric vehicles will be capable of delivering everything that a tank of petrol or diesel can deliver within two or three years."

"Our engineering team has recently seen a new type of energy storage that would allow EVs to reach a range equal to, or potentially in excess of, what today’s best internal combustion engines can achieve."

Surely this bleeding-edge technology exists in some form today, but never have we heard a mention of it being available "within two or three years."

Looks like we'll find out in 6 months whether or not Liberty Electric Cars discovered a true breakthrough that will forever change the EV industry.  Bring on the 1,000-mile electric.