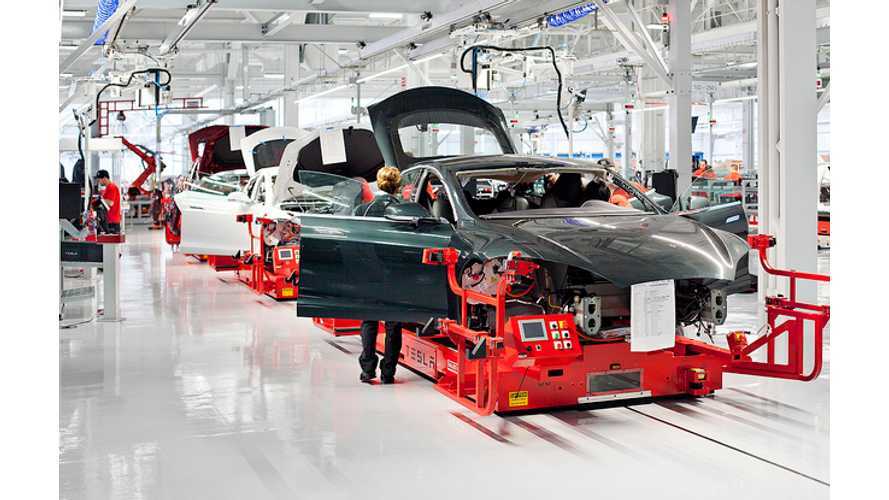 Tesla Model S Lined Up and Ready for Delivery

Tesla Motors seems to be making all the right moves these days and its actions are paying off.

Late last night, Tesla announced that its target of selling 4,500 Model S electric sedans in the first quarter of 2013 had been shattered.  Tesla will amend its Q1 (January 1 through March 31) statement to reflect that instead of selling 4,500 units, the actual Model S sales number for Q1 exceeds 4,750 units.

Tesla added that it will amend "its Q1 guidance to full profitability, both GAAP and non-GAAP."

Elon Musk, Tesla Motors co-founder and CEO, had this to say of Tesla's acheivement:

"I am incredibly proud of the Tesla team for their outstanding work. There have been many car startups over the past several decades, but profitability is what makes a company real. Tesla is here to stay and keep fighting for the electric car revolution.  I would also like to thank our customers for their passionate support of the company and the car. Without them, we would not be here."

Tesla also announced some changes to the 60 kWh Model S, as well as the discontinuation of the 40 kWh, entry level sedan (details on those stories here).

Does the market like the news of higher production, and profitability?  You bet!   Shares closed up almost 16% at $43.93.  (Get a real-time quote here)

Remember, Tesla CEO also has an "exciting announcement" coming for us all tomorrow.