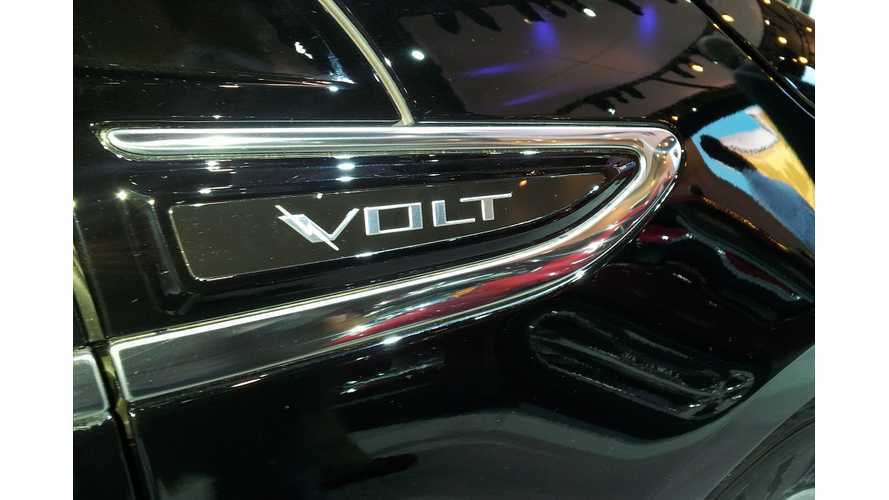 2013 has gotten off to a bit of a shaky start for the Chevrolet Volt sales.  And while General Motors has ratcheted up both the production, and the discounting of the Volt over the past couple months, in March, only 1,478 plug-ins were sold.

2013 started out with a lowly 1,140 Volts sold in January, as a decision to idle the extended range car's Hamtramck, Michigan facility for three weeks crippled inventories on the West Coast.  However, GM quickly corrected that story by almost producing 3,000 cars in January (2,949), and even more in February (3,298).

For March, production of the electric Chevy once again wll outpaced sales, as GM's Michigan assembly plant produced 2,722 Volts, as well as a meager 163 of its sister car for Europe, the Ampera.

This week, General Motors also announced that the 2014 edition of the Chevrolet Volt will be going on sale in "late May," and that two new color choices will be available:

It is thought that when the 2014 Chevrolet Volt does goes on sale in May, that a new pricing structure (with a lower starting MSRP) may be introduced to spur sales on.

Cadillac ELR On Stage at Detroit Auto Show, While Behind The Scenes Re-Tooling Of The Volt's Line For They Caddy Has Already Begun According To A Source

Also of interest, InsideEVs has learned from a source inside General Motor's Hamtramck facility that January's seemingly self-inflicted sales wound, due to the plant's extended 3-week closure, may have actually had a purpose to it, as "re-tooling" for the upcoming plug-in Cadillac ELR apparently got underway while normal Volt production was idled.

With local Volt inventory now touching 7,000 units, an all-time high, and sales seemingly slumping, one has to wonder if another extended shutdown of the line, either for inventory control or more work in preparation of the ELR,  is in the cards for the near future.